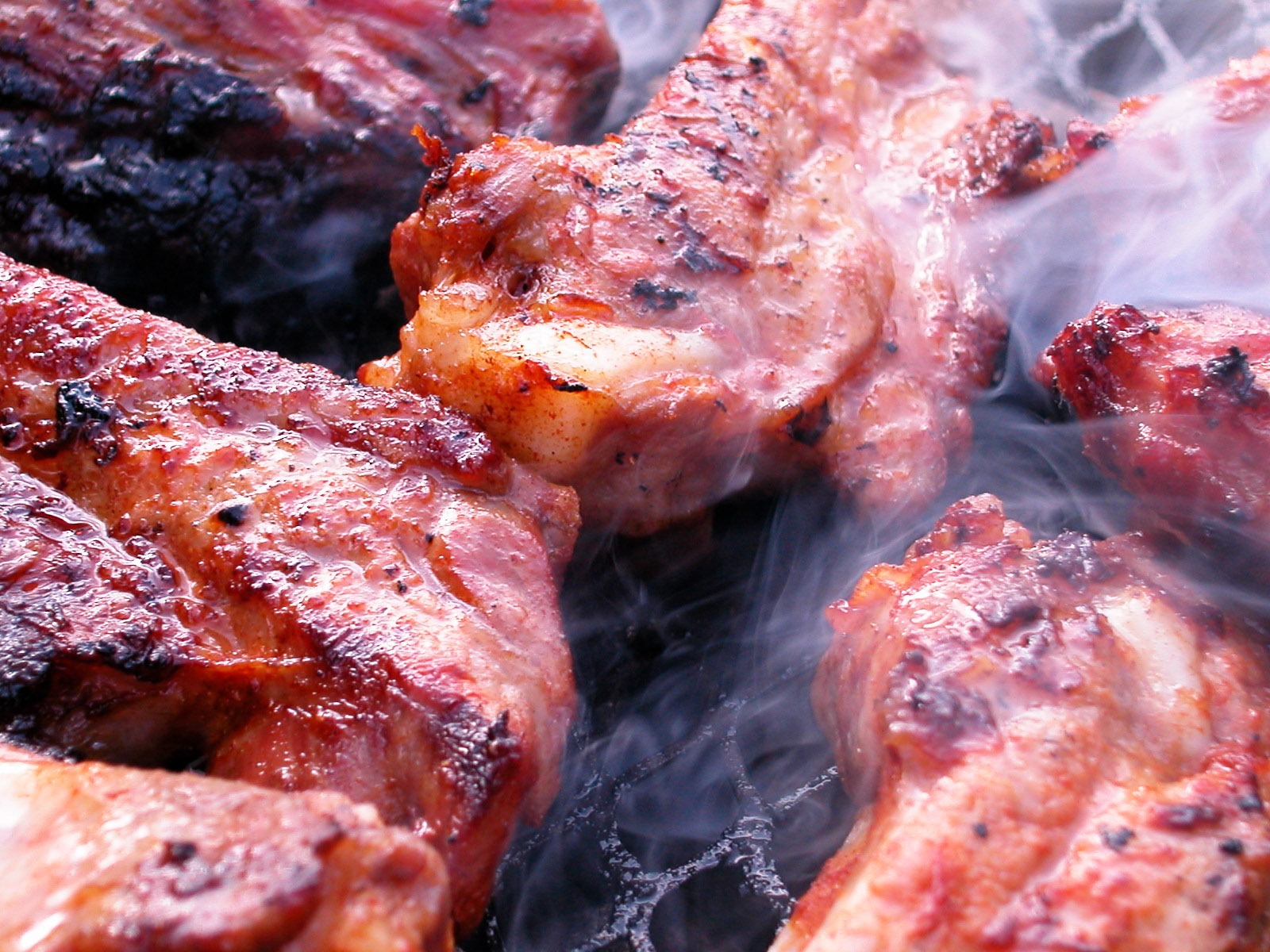 Anyone who knows us knows that we love a barbecue. I’ve had plenty of barbecues over the years and we make great use of them. Currently, we’ve got a Chargriller Super Pro with side firebox for our regular grilling, and we’ve got a fantastic bright red smoker from Bristol Drum Smokers.

All of that is going to need to change once we’re on the road though. Not only do many campsites not allow you to use charcoal barbecues on-site; the barbecues are also going to be way too big to bring along with us. What we need is something smaller and gas-powered.

What do we need from a barbecue?

For me, the barbecue is going to become even more of a focal point for us when we’re on the road. We don’t want to always be cooking inside the van; smells, spatter and heat are all going to be difficult to deal with on a daily basis. To combat that, we need to get all of that outside, and hopefully, with the places we visit, that’ll be possible most days.

Trying to always cook outside means that we need to have a high level of versatility; we can’t just have a grate over a big flame, we need the ability to have flat griddles at least, maybe a pizza stone, a rotisserie etc. Those requirements limit the number of barbecues we can have. Another factor for me will be the brand; I know that a Weber isn’t necessarily any better than a Napoleon, but I’m more likely to find a Weber compatible part/accessory in my local retailer than a more specialised make.

How to power the barbecue

The barbecue will be gas, that’s already decided, but there are two options for how to provide that gas.

Most portable barbecues come with the ability to run from little portable gas canisters. These gas canisters usually carry about half a kilo of gas and attach directly to the barbecue. These are perfectly fine for regular portability, but we’re going to be out there full time and so they might be a little limiting.

The other option is to use a dedicated gas line from our onboard gas tanks. I think that long-term, this will be the best option for us; not only do you not have to carry around (and purchase) lots of little gas cans; you’ve also got plenty of gas for longer cooks and you can more easily refill them at campsites and possibly fuel stations.

For the moment, we don’t have either big refillable gas tanks or a dedicated line, so the ability to convert from one to the other at a later date will need to be considered.

While there are plenty of portable gas barbecues available, these are the ones that we have considered:

The Weber Q2200 portable gas barbecue is in the middle of the Weber Q range; being slightly larger than the Q1100 and smaller than the Q3200. The Q3200 is a great size and has twin burners, but is not designed to be used without a stand and consequently isn’t portable enough for us.

The accessories available include a flat griddle, roasting racks for low and slow cooking, a pizza stone and a handle mounted light for cooking in the dark!

The Q2200 uses portable gas canisters but does have an adaptor that allows the use of a regular gas hose.

The Cadac Carri Chef 2 portable gas barbecue is the top of the Cadac portable barbecue range. The Carri Chef 2 is available in a variety of combinations depending on how you want to cook, though you can gradually add more and more accessories. Neatly, each accessory is available with a travel bag so the Carri Chef 2 should be easy to keep clean and undamaged.

Unlike a traditional barbecue, the Cadac puts a single burner in the middle of a doughnut-shaped tray. The cooking plates which go over the burner don’t have holes in the centre, preventing fat and grease from falling into the flame. Instead, the fat travels out to the sides and drops into the tray, where they can be easily cleaned out later.

Consequently, the Carri Chef 2 isn’t what I would call a barbecue, as you never cook over a direct flame. It’s more of an outdoor stove with large, fixed pans. Owners report that the Carri Chef 2 is a great addition to outdoor cooking and I’ve seen plenty of them on campsites to back that up.

The Carri Chef 2 can be converted between portable gas canisters and a regular gas hose.

The Napoleon PRO285X is Napoleon’s answer to the Weber Q range and is a direct size and weight competitor to the Q2200 mentioned above. While reportedly the pressed steel body of the Napoleon is easy to damage, the twin burner system offers quite an advantage over the single burner on the Weber.

Each burner operates on a separate side of the grill, allowing two different temperature zones and better control for low and slow cooking.

Options include a warming rack, but it’s not clear if there’s a dedicated griddle or pizza stone available; and as noted above, it’s not a brand where I can see the grill in person before I buy.

The Broil Link Porta-Chef 320 is the largest of the portable barbecues I’ve listed, though the metric dimensions on their website leave a little to be desired! This barbecue is the most like a regular at-home gas barbecue, with three burners, each with flavour bars.

Conveniently, the Broil King has the lightest portable stand, as the individual legs are removable and can be stowed under the barbecue when not in use.

The grills are straight cast iron, without a porcelain coating. I’ve not had great success at keeping straight cast iron grills in good condition, as they require seasoning after every full cleaning. However, they are remarkably non-stick and hold heat very well.

And the winner is…

I don’t know! I’m going to try and do some more research, and update when we’ve made a purchase.

At the moment, the Weber benefits from the range of accessories, and general availability. There’s also lots of support and advice about how to cook on it. If there were two burners like the Napoleon, then it would definitely be the winner; unfortunately only the 3200 has multiple burners and even then, you don’t really get cooking zones due to the layout, and the 3200 isn’t really portable.

The Napoleon and Broil King both offer that extra level of control, with the Broil King especially offering three burners for great control when performing an indirect cook. However, they’re difficult to see in person and I don’t know what accessories will fit them. For me, the Broil King just edges out the Napoleon. The larger hood size and triple burners give more possibilities.

We got the Weber Q2200! We’ll do a proper review once we’ve had plenty of use out of it.


Disclosure: Seeking Sights is an Amazon Associate. When we believe that a product is worth purchasing, we may place affiliate links which provide a means for us to earn fees by linking to Amazon and other affiliated sites. You won't pay any more for your purchases and everything is private. For further information see our Advertising and Affiliation page

Travelling with dangerous dogs in Europe

Travelling between the UK and Europe with a dog