Kids Freedom on a Campsite 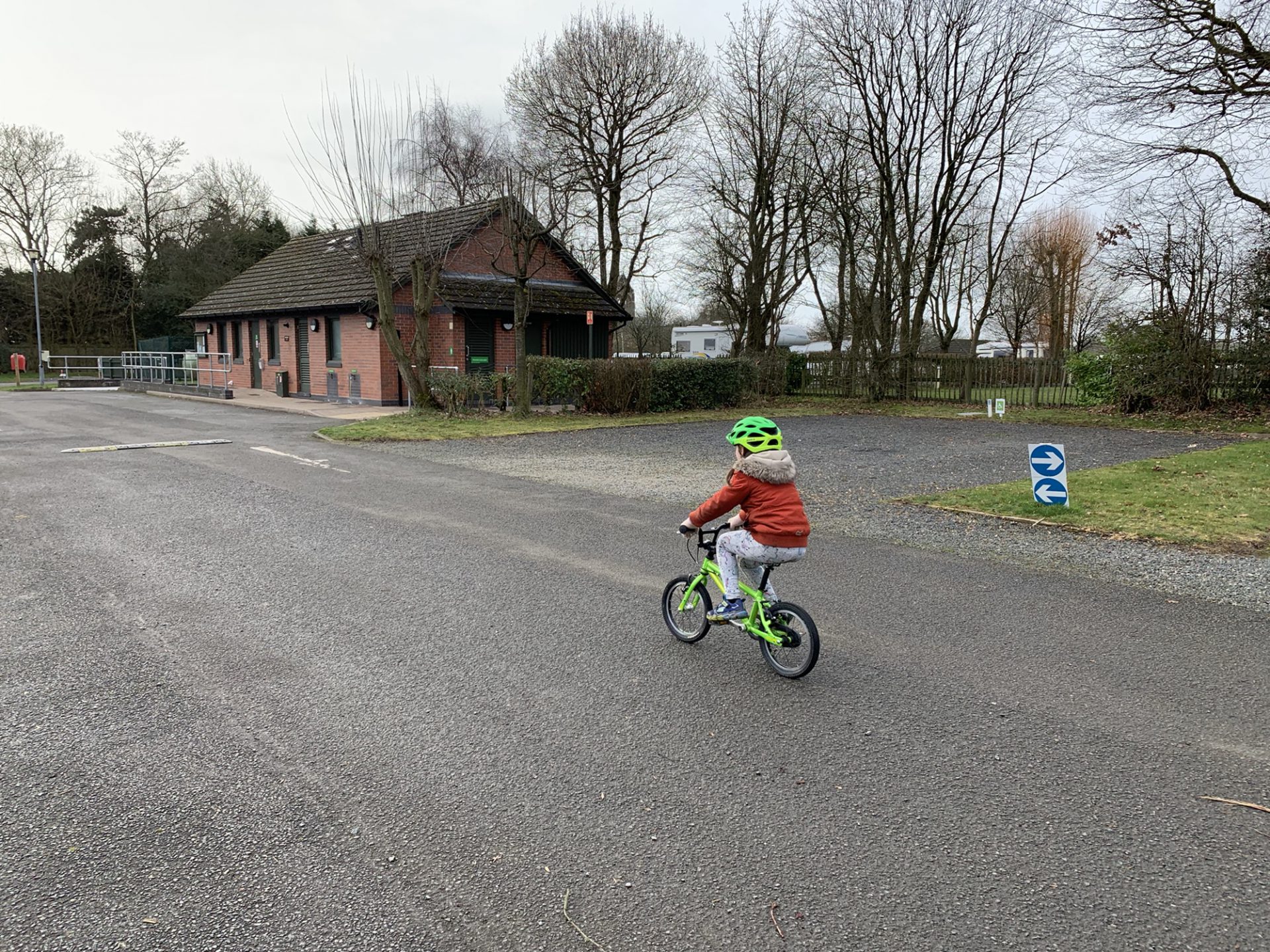 How much freedom to roam do you give your kids?

When I was young and camping with my parents I had two older brothers who looked after me, which enabled me to go and play around the campsite. By the time they were grown up and no longer coming with us I was about 10 and so my parents would let me wander around the campsite, make friends and play as long as I checked in with them every so often (which at the time I thought was a total inconvenience).

Now I am the parent, but a parent to a 6-year-old, who thinks she is much older, at times acts very mature, is generally very sensible, but looks so small riding around on her little bike.

I thought I was good at giving Olivia freedom. As a Home Educator, I do spend most of my time with Olivia. However, we do go to meets where Olivia can roam free outside and be a child for hours on end. Olivia and I regularly go to soft plays and trampoline parks, where she disappears with her friends only to return when she needs a drink or her session is over. I also give Olivia the freedom to look round shops and make purchases herself, even going into shops on her own when I am outside. I now realise that these are what I class as safe spaces, locations where you see the same people on a regular basis and you know the parents and the children.

I am trying to stay relaxed, letting her ride her bike around the campsite and play in the park with the other kids. At times yesterday I did not see her for a good half an hour, and then I would have to go for a walk just to catch a glimpse of her and satisfy myself that she was ok.

There were times when she went and played in someone else’s van (she did check with us it was ok first). Another time we had two little girls come and play in our RV for a while. This was totally fine, but did feel a little strange, knowing I did not know these kids or their parents and the parents did not know me. Why is this?

It should be fine, especially on a family friendly campsite. I think that having the freedom to play, explore and generally behave the way children should is one of the vital elements missing from modern life for many children. Parents rarely let their children out of their sight these days, preferring to escort them to a friends house rather than giving them the freedom to play at the park unsupervised.

Family-friendly campsites provide a safe and relatively secure environment for children to play and explore in, giving them a sense of freedom. This freedom, combined with a more natural environment is a great way to boost creativity; something they don’t always get when they’re at home.

We should be able to allow our kids to be free and roam but within limits. Society causes you to have that element of doubt in the back of your mind, which is sad. We will let Olivia go and play but will make sure we know where she is going and get her to check in every so often. I am sure the more camping we do the easier it will be.