Impending Lockdown in Spain, with Official Information hard to obtain 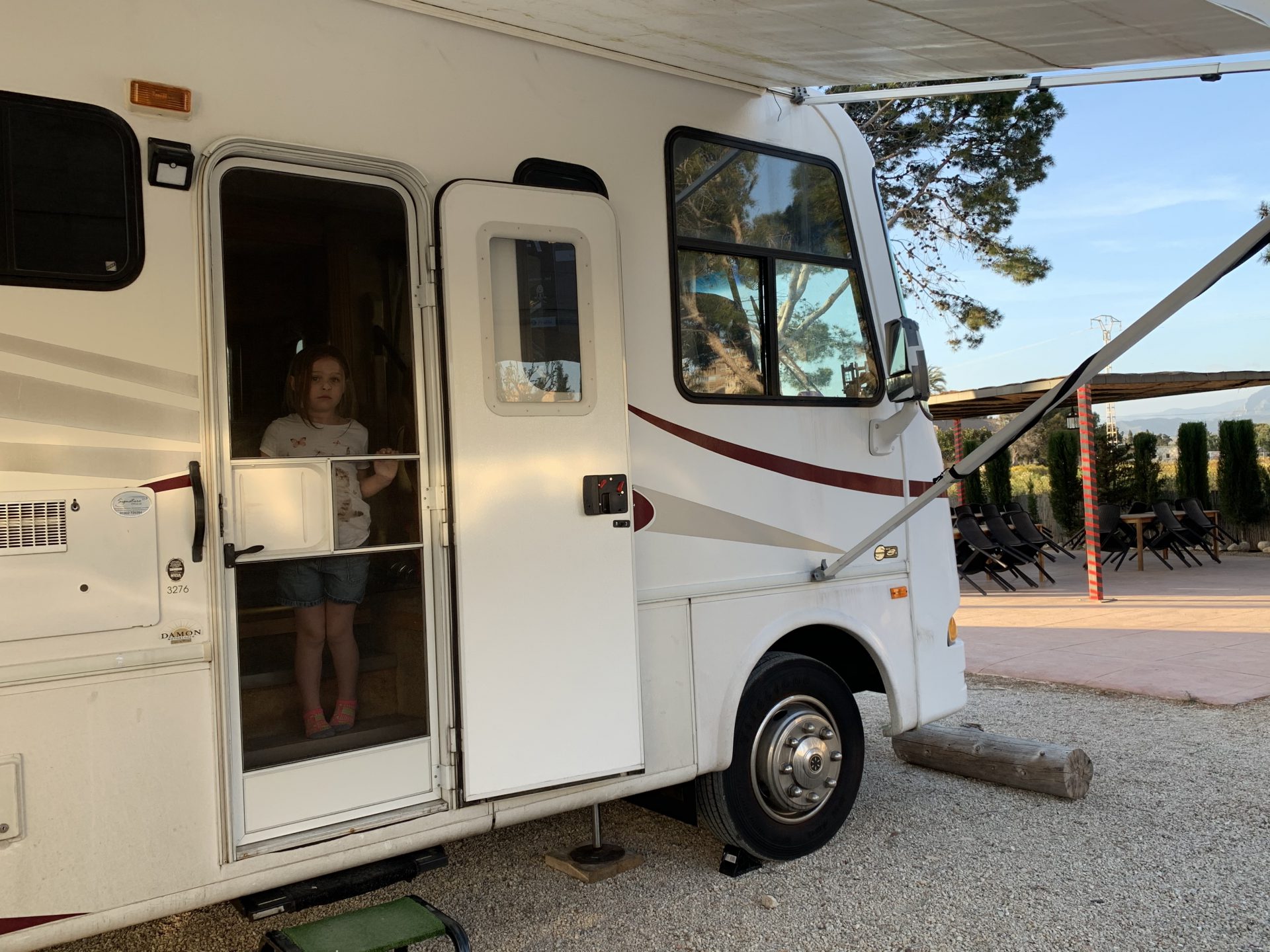 We left the UK at the end of February, not really considering how the Coronavirus could or would impact our trip. Things have progressed very quickly here in Spain with the virus and we have found ourselves having to make a decision as to what to do. We are currently on an aire in El Campello waiting for total lockdown to happen!

Back on the Road

As some of you may be aware we finally left the UK at the end of February looking forward to our Spanish adventure. More blogs about our 7 months in the UK, crossing into France and our short time in France will be coming shortly.

We crossed into Spain on the 2nd March, knowing there were cases but not many more than in the UK or France. Poor weather in the north of the country drove us south faster than expected, reaching a site in Aranjuez, just south of Madrid, in the early afternoon.

We spent eight nights at the site, and by the 4th of March we had made the decision not to head into any major cities or busy locations as the number of cases were rising but appeared to be somewhat contained. Bearing this in mind, we decided to head off further south and away from Madrid for a few nights wild camping on our way to Camper Area 7 in El Campello, Alicante.

Change in Coronavirus in Spain

By the 12th of March so much had changed, the number of cases had risen greatly and we had to start seriously considering what we were going to do. After hunting for official guidance and reading rumours, hearsay and panicked incorrect information on Facebook, we spoke to the owner of the aire to find out our options, he was very understanding of the situation and said we could stay as long as we needed.

We listened to the speech from the UK government on how they were going to handle the situation and were not very impressed by what we heard.

So on the 13th of March, Spain declared a state of emergency. Again we spent several hours trying to establish official information, sifting through non-confirmed statements to find out what this meant. We already knew from a trip to Alicante, that all local council-run facilities such as museums, libraries, schools etc. were closed and that restaurants would be next.

At this point we started hearing accounts of some campsites and stopping points, refusing to take new entries because of people fleeing Madrid.

We had been shopping and started to stock up just in case a few days before. Knowing we’ve got food, drink and toilet paper that should last at least a few weeks and medicine to last 5/6 months. We knew we could stay at the site which has power, water, wifi, toilets, showers and washing machines. So, we made the decision to wait out the peak here and then we’ll wait until after the peak in the UK passes before we return, whenever that may be.

We don’t feel that the UK’s current response is sustainable, or any safer than remaining where we are. Going back to Kent would be crowded, and risky, and the only real benefit would be that we would be near family (though we couldn’t really visit them), and British hospitals, where there is no language barrier.

Should our situation change, we may be forced to travel back to France or the UK.

As of the 14th of March, following an announcement by the Spanish Cabinet, we are awaiting the shut down of Spain.

We know its coming, we saw the closure of the beach near the site around lunchtime today when red flags were put in place, not that anyone vacated the beach except us.

According to the draft document, which radio network Cadena SER first reported on and to which EL PAÍS has had access, journeys would be limited to the following:

To sum up, people in Spain would only be able to move around if they need to go to work, buy foodstuffs or purchase pharmaceuticals. The government would essentially be locking down Spain, in measures that could go into force at 8 am on Monday, March 16, 2020.

To impede people from travelling, the draft decree states, “the head of the Interior Ministry will be able to impose the closure of freeways or sections of the same for reasons of public health, safety or movement of traffic, or the restriction of determined vehicles to them for the same reasons.”

It all feels so surreal right now!

We have seen no first-hand evidence of panic, the supermarket we went to was fully stocked except for hand sanitiser. People just seem to be going about their lives as normal. The bread van came to site this morning, there are people on the buses, cycling around the town, people sunbathing and jogging at the beach.

We have seen no signs of sick people (guess this is a good thing). Yes, the museum and castle were closed yesterday, but cafes and restaurants were open and we had a nice lunch at one.

Some places we have been, including the cafe, the staff have been wearing gloves while serving customers and preparing food, the staff at the castle we visited a few days ago were wearing gloves to hand leaflets and tickets over.

But in all honesty at the moment it just feels like any other day.

But now we wait!

Panic Schooling, How to Home Educate in a Hurry