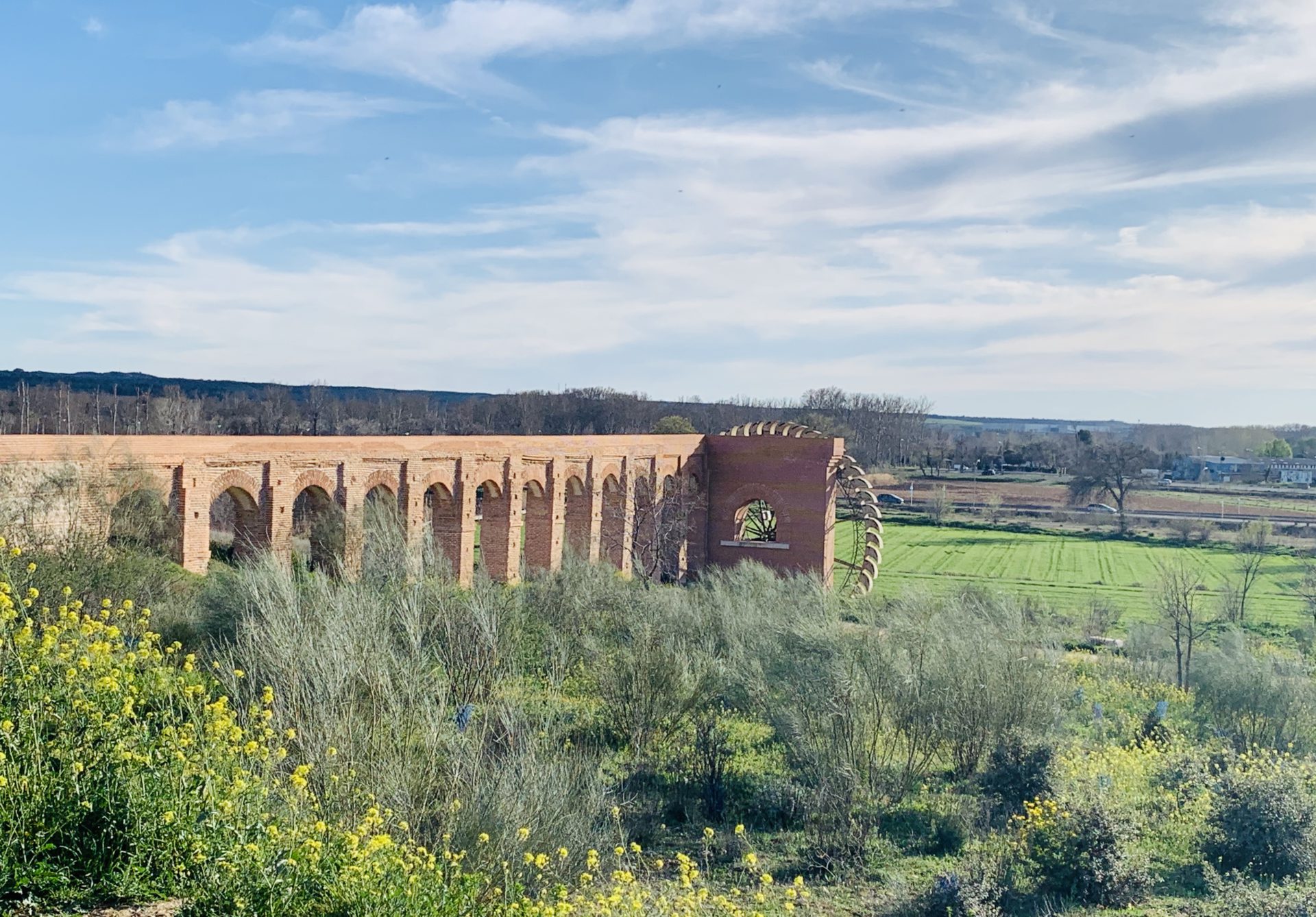 Olivia spied this interesting half aqueduct/water wheel off the side of the road near the campsite, and we had to investigate.

What is this Waterwheel?

A little research revealed this to be a Noria, a water wheel designed to raise water out of a river and lift it into the aqueduct next to it. From there, the water was used to irrigate fields.

It was made at the end of the 18th century, with the aim of expanding the irrigated area above the level of the canal. The hydraulic engineering project that was built became known as ‘La Azuda y el Acueducto de la Montaña‘. The wooden wheel was 12-meters in diameter, made up of 12 spokes with four blades between each spoke. It was moved by the current of the canal and raised, through its buckets, the water to the brickwork aqueduct to irrigate the land located in the so-called ‘La Montaña’ farm, hence the name.

Some of its elements were replaced by metal parts until in 1844 the totally deteriorated Ferris wheel was replaced by a similarly sized wheel but made of iron. The azuda stopped working finally in 1927 when pumped irrigation was installed.

After some restoration work a few years ago, a small park explaining how it worked, with play park versions to experiment with, was put in place. Unfortunately, since that restoration, there has not been enough upkeep of the park and it is not in a great state now.

The wheel was still fascinating to see, it’s certainly not anything we’d ever come across before, so we were very glad Olivia spotted it through the window.