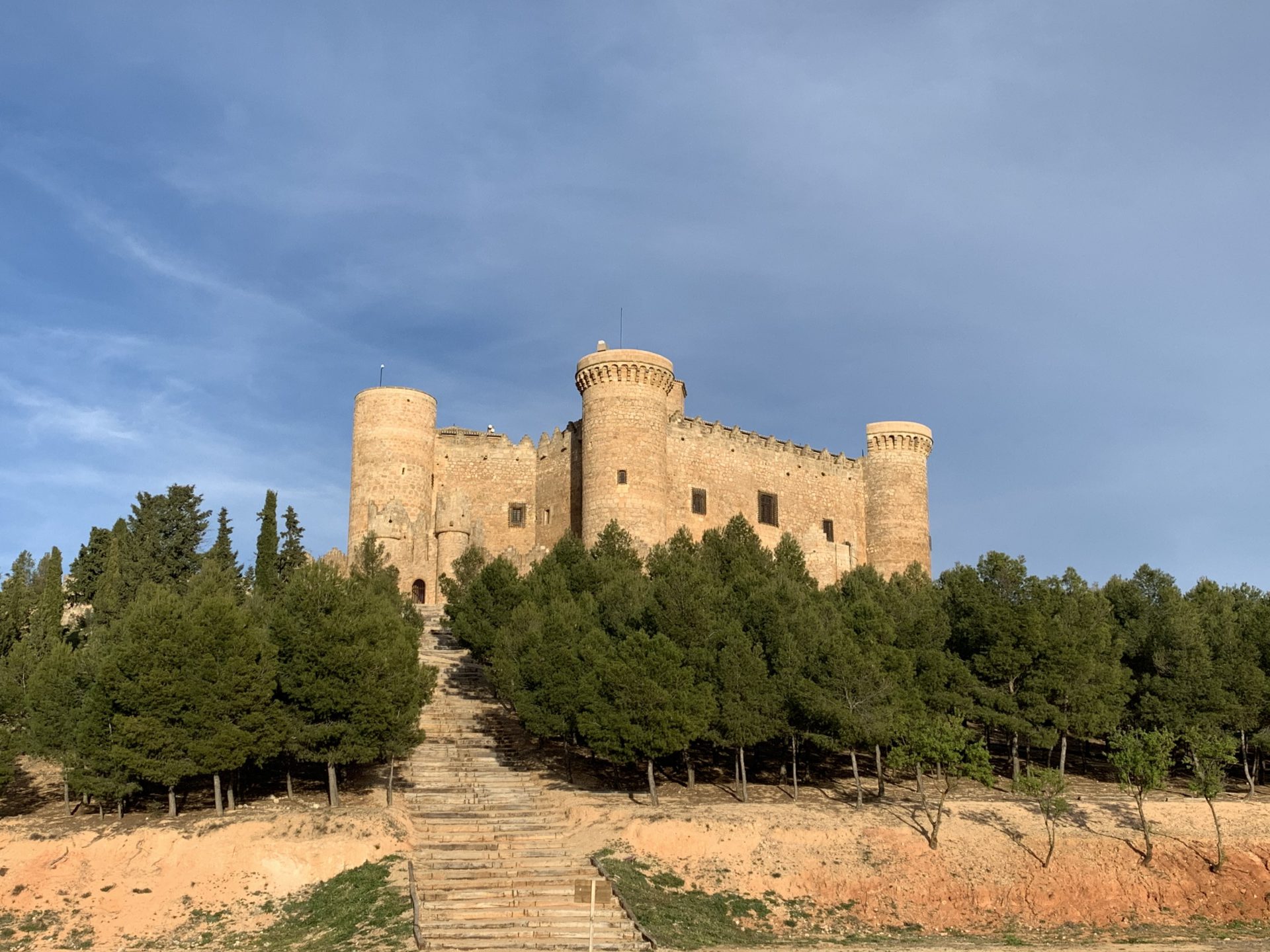 The Castillo de Belmonte is a beautiful medieval castle on the hill of San Cristobal, just outside the village of Belmonte in the southwest of the province of Cuenca in Spain.

This castle, initially designed and built in the 15th century by order of Don Juan Pacheco, first Marquis de Villena, stands out from many others we have visited in that it was designed to resist attacks from cannons and ballista from the outset.

These new requirements led to a remarkably different design, with a lower, much thicker outer wall that contains many towers, each of which has multiple gun points and plenty of space to move them around. As well as many additional points built into the walls elsewhere. There are actually fewer archer points than cannon points, such is the change in priority.

Similarly, the castles extra, sacrificial front tower, and curiously angled walls are all designed to resist incoming fire while allowing the residents to flee or wait it out.

The fortress was practically abandoned between the 17th and 18th centuries and was more or less ruinous by the early 19th century. A restoration project took place in 1857, keeping the exterior in the original style but updating the interior to modern tastes.

The interior design is equally distinctive, with a large triangular courtyard, and large open galleries providing multiple access routes to the generous rooms. Many of which are decorated with incredibly elaborate ceilings and door decorations.

Down the hill from the castle, but still within the grounds, lie several areas for events, most of which were closed, but the trebuchet park was what we came to see, with many full-scale replicas of siege weapons from over the years. It was amazing to see the size of these machines and so many in one place.

Our Experience and Thoughts

This was an amazing castle, beautiful and very interesting. The audio guide included in the price was brilliant and gave lots of information. Unfortunately, they did not give Olivia an audio device so we had to share. They closed at 2 pm for a siesta but we were able to re-enter using our tickets in the afternoon when they re-opened.

We were able to wild camp in the car park overnight which was quiet and beautiful watching the sunset. It is certainly well worth a visit.

Price at the time

It was a very reasonable price to visit the site. Something we are finding in Spain. 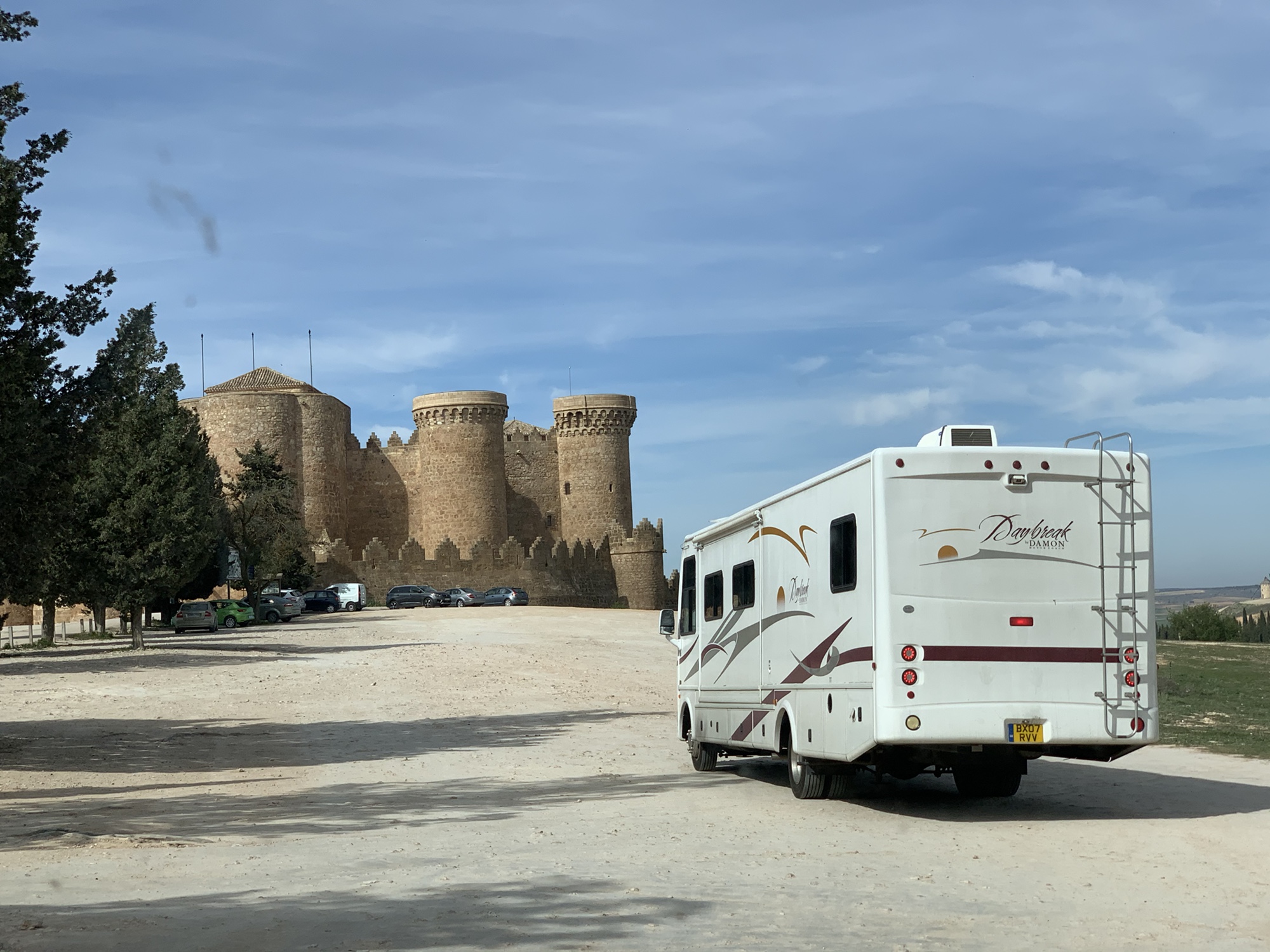 Castillo de Belmonte is a beautiful 15th-century castle that is well worth a look round. There is a reasonably large car park although it is very bumpy and sloping.

After leaving Aranjuez, we planned to do a few wild camping stops, one at some Molinos in a town about an hours drive from the campsite and the other at…

Continue Reading 15.37 km - Wild Camping on the way to Alicante 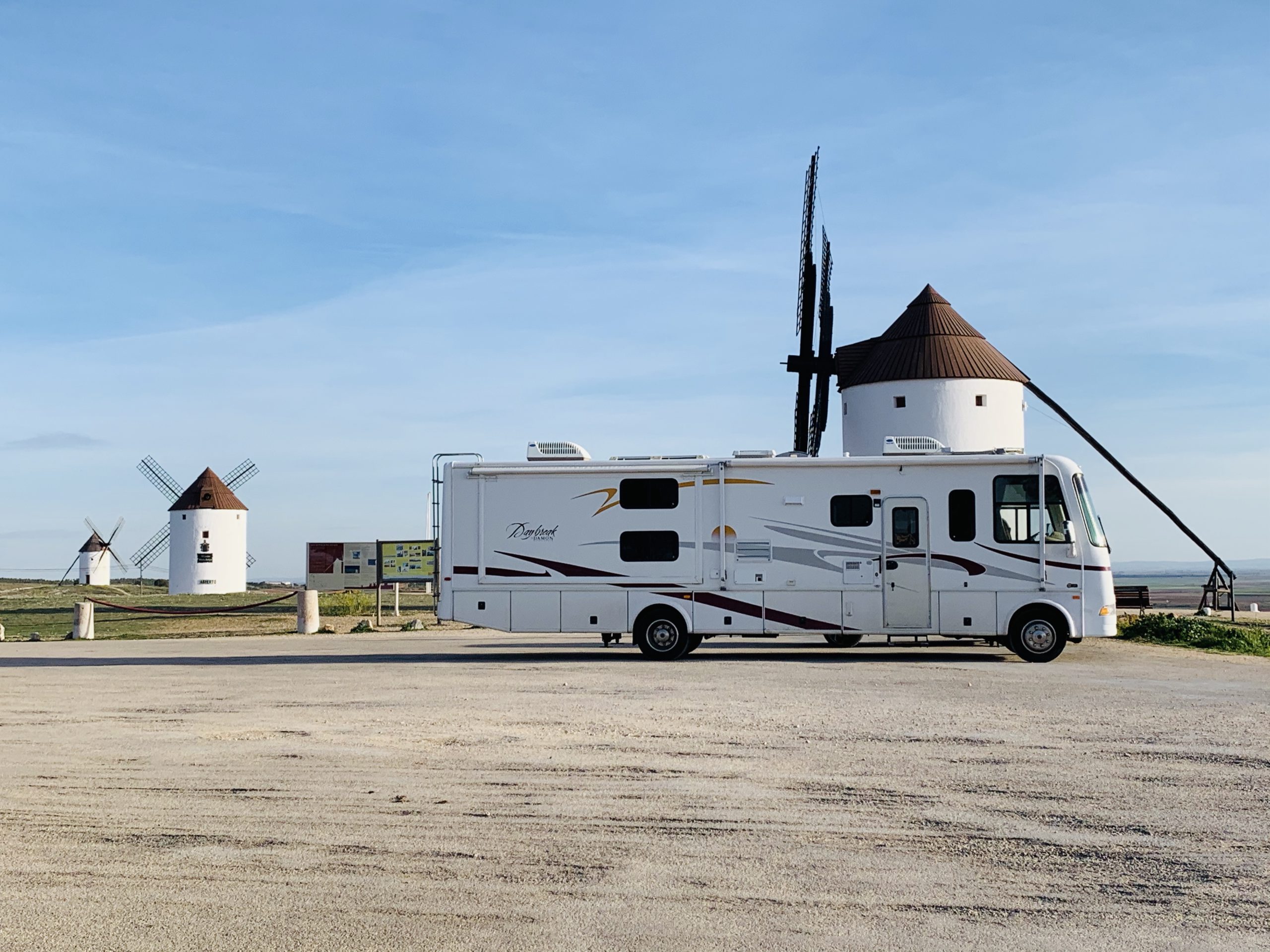 There is a large parking area and car park at this recreational area, among seven beautiful cylindrical windmills overlooking the town. 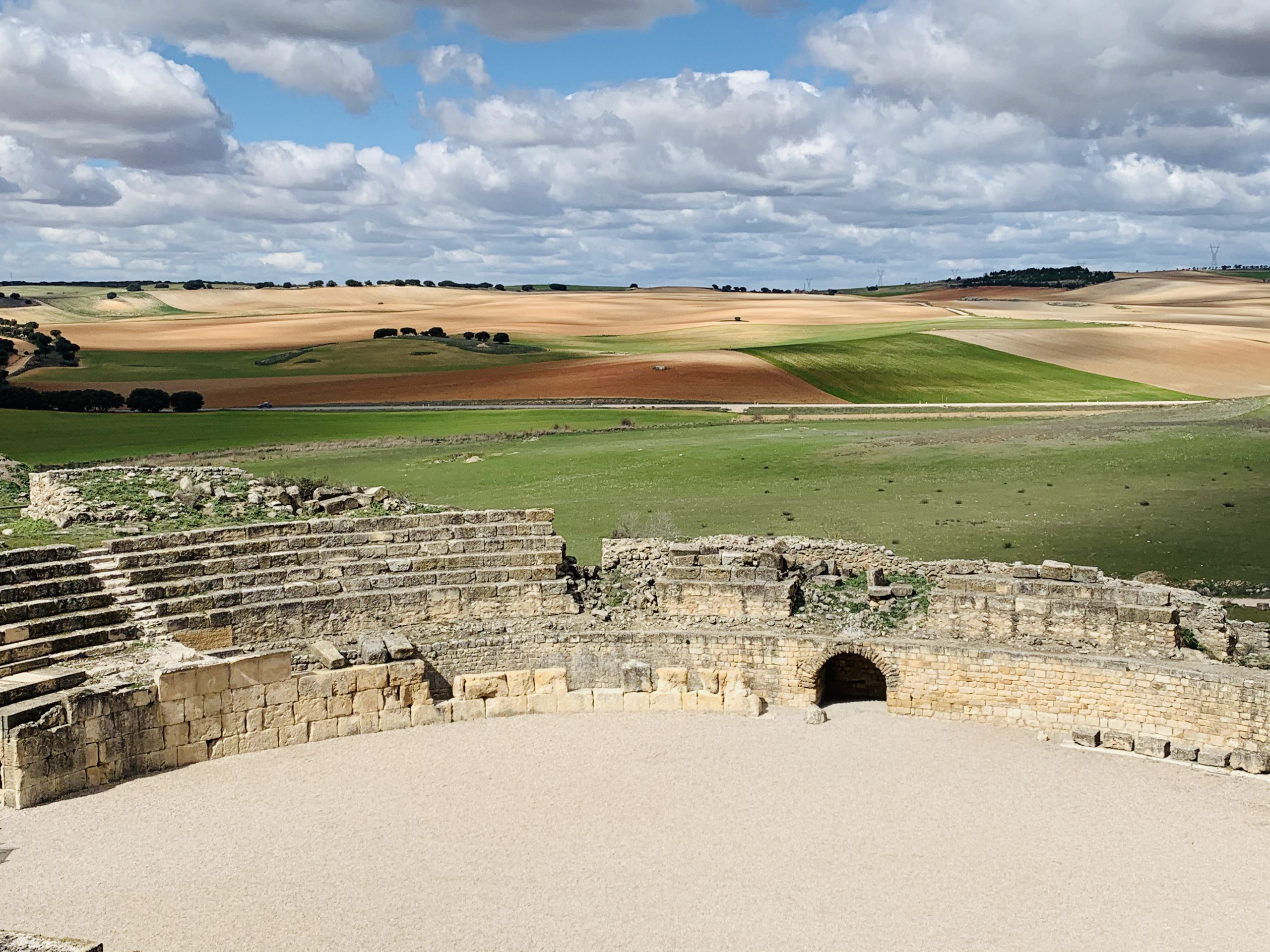 Having decided that cities and busy tourist spots were not the best choices of venue, with the coronavirus spreading further, we cast our net a little further afield and found…