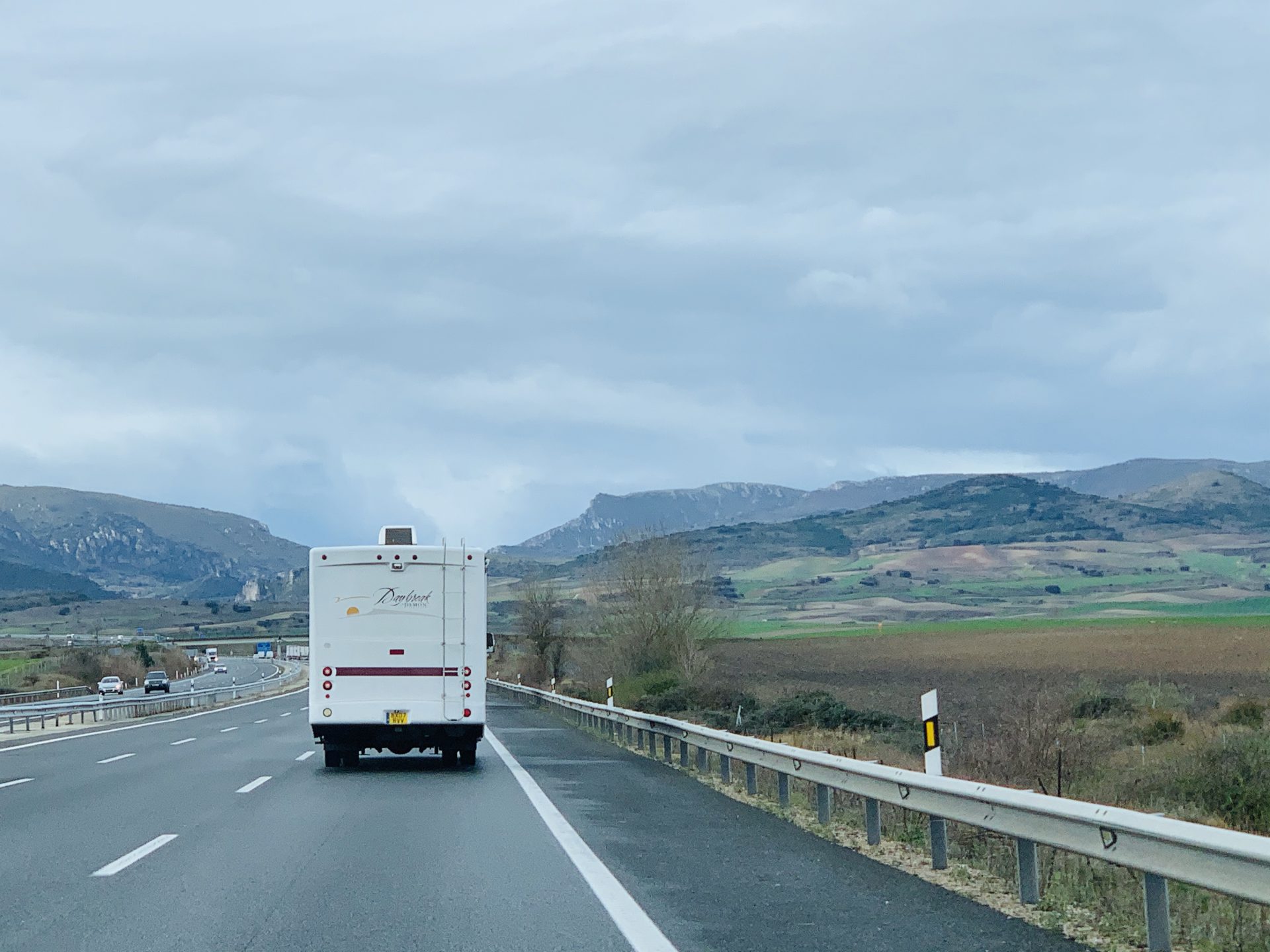 We awoke far earlier than planned at 5:30 am at Capbreton due to a small storm! Knowing the winds were just going to get stronger, we made the decision to make the most of things and start our trip toward Spain.

While we were somewhat daunted by the pitch-black night, torrential rain and high winds that swayed cars, vans and lorries in and out of lanes, we ploughed onward in hopes that the weather would improve.

Sure enough, after an hour or so the weather cleared up. We entered Spain with some sunshine!

With a long way still to go, we were hoping for more smooth sailing but as we climbed into the mountains the temperature plummeted and the rain turned to snow. Suddenly the road was covered in a layer of slush, snowploughs were even out scraping the roads and keeping people moving.

We drove through three snowstorms, in the end, encountering one nasty accident, and the rest of the drive was a mix of sun and rain.

We did not know what to expect when driving through Spain. The mountains are beautiful but there is a lot of farmland and Olivia likened a lot of the landscape to what she thought the outback would look like. Orange, with some small bushes and patches of green.

We decided we would take toll roads as we had a large distance to cover and to be fair, the roads are nice and the tolls are not that expensive compared to France. Though getting out and walking around the car to get tickets and pay tolls is not much fun in torrential rain and snow!

But we finally arrived at our campsite in Aranjuez in the sun and squeezed onto a pitch, which in itself took an hour to complete! (More on that in our next post).

Now to enjoy some sun!