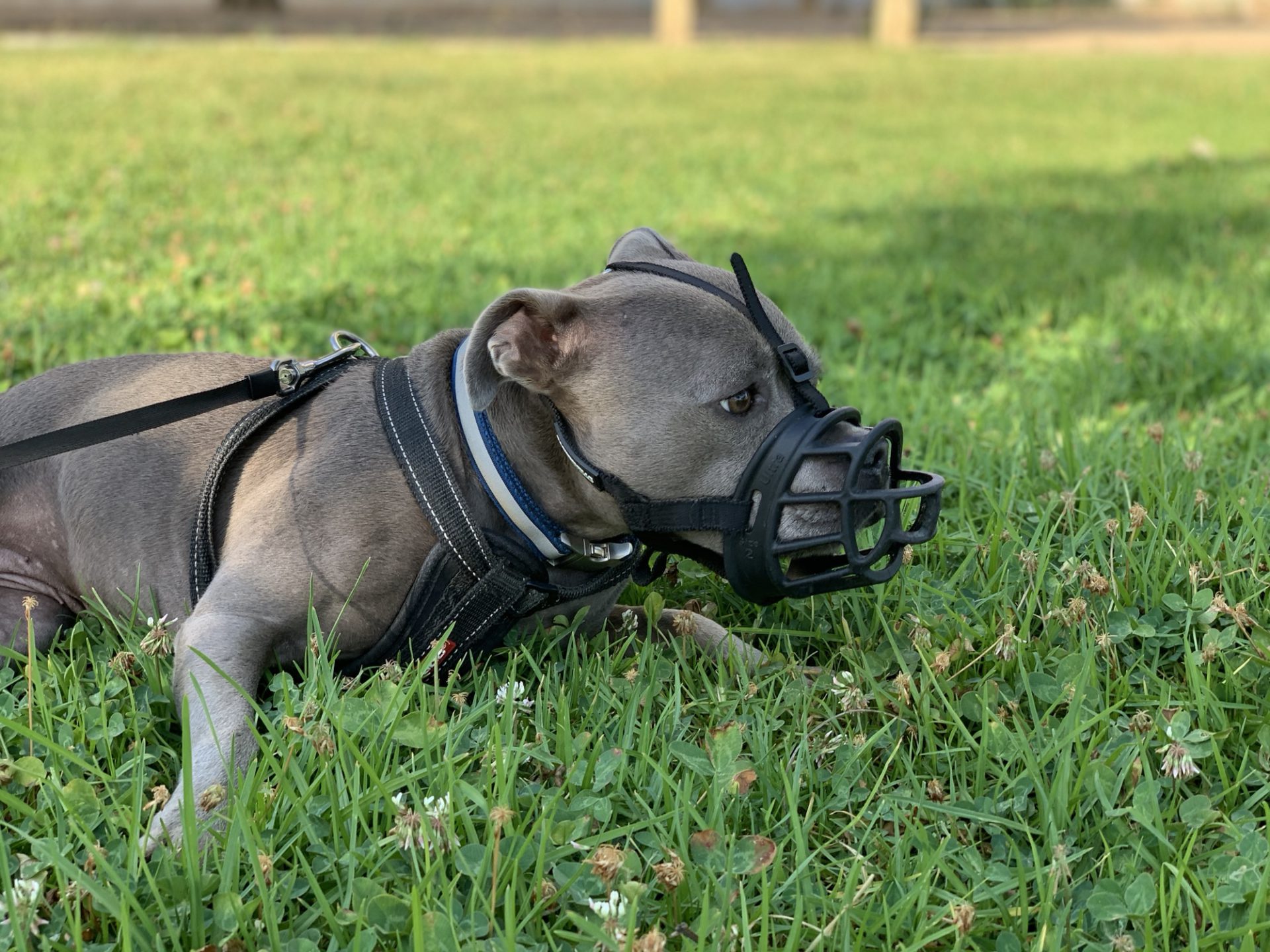 One of the most common questions is: are Staffordshire Bull Terriers allowed in Spain? And the answer is complicated.

As far as we are aware Spanish law classifies Staffordshire Bull Terriers and American Staffordshire Terriers as potentially dangerous. However, they are not banned from entering Spain, but they must be registered within 3 months of entry and must wear a muzzle to pass security. For further information on travelling with dangerous dogs in Europe please check out our previous blog.

Despite the rules, most people have said to just go to Spain and see if you have any issues. So we did, and this is how we’ve found it:

We entered Spain in our RV with Pepper, our English Staffordshire Bull Terrier via France so we were not stopped and there were no checks. Even entering France there were no passport or microchip checks. So far Peppers passport has only been checked when entering the UK, at which point she was scanned for her microchip so they could see it matched.

Update 2022: Brexit has changed the entry requirements for pets, see some of the details on our post about Animal Health Certificates and new requirements.

So far we’ve only stayed on two sites in Spain (due to lockdown). But neither site has had any issue with Pepper being with us. Neither site has asked to see her details or even asked what breed she is. We regularly sit outside with her on a lead connected to the van with no muzzle without any issue.

We have seen many Staffordshire Bull Terriers and Staffie/cross being walked around Spain. Unlike us, most don’t even have their dogs muzzled.

Due to the time of year, it’s very hot. So we do not take Pepper with us on all our adventures. She would much sooner stay in the nice air-conditioned RV with her toys than be out in the sun or risking burnt feet. But when we do take her out we have had no issues, in fact, we have had many Spanish people stop and give her a fuss. We tend to take her for an hours walk around 7:30 am before it gets too hot.

We can’t really take her on public transport as only small dogs that can be carried or fit in a bag are allowed but for us, that’s not an issue as we have a car.

There are lovely areas for dogs in Spain, they have dedicated dog areas with dog bags where you can take your dogs to exercise. Most sandy beaches do not allow dogs but they have dedicated rocky beaches where you can take them. Most beachside restaurants allow dogs on the terrace. Some outdoor tourist locations are happy for dogs to accompany their owner.

Like a lot of EU countries, you do need to keep an eye out for ticks and processionary caterpillars and of course in Spain be aware of the sand flies.

We always try to make sure Pepper is on a short lead and muzzled when around the general public and in busy areas. But we’ve found Spain to be welcoming and happy for her to join us on our adventures.

Dog Food Issues when Travelling to EU with...

Taking your Dog to the EU after Brexit