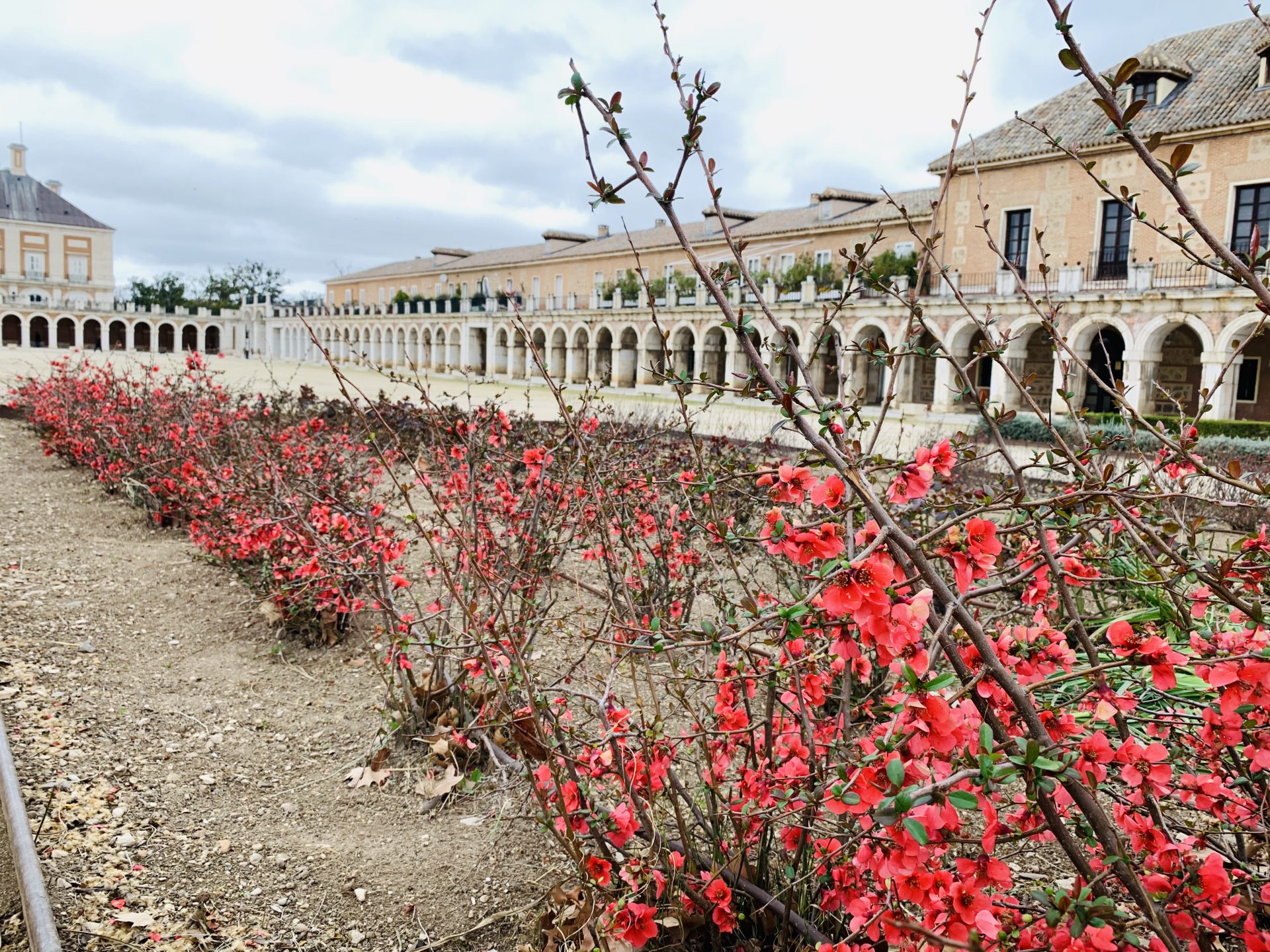 After a long sleep, we all needed to recover from our journey to Aranjuez, We had a few jobs to do, including the dreaded laundry. To make more of it, we decided to incorporate a trip to a local royal palace which is almost within stumbling distance of the campsite.

Although full of original features in its approach, the Palacio Real de Aranjuez is characteristic of Austrian classicism with alternating white stone and brick. The original plans were created for Felipe V in 1715, but not completed until 1752 by Fernando VI. In 1775, Carlos III ordered the addition of two wings.

As with most of these buildings, there’s a lot of history, but being a relatively modern royal palace, in regular use up to the end of the 19th century, the rooms are well decorated and in great condition.

On this blustery day, it was also practically deserted so it was a great shame that personal photos are not allowed inside and there’s plenty of security to enforce it.

We took an app-based audio tour of the palace which was very informative, though sometimes it didn’t work and it wasn’t always clear where to go. The interior pictures are taken from the app.

Most of the rooms were sumptuous offices, bedrooms, ballrooms etc, but there were two standouts:

This was used as a smoking room, decorated with a ‘Moorish fantasy’. Every inch of the walls is engraved and brightly painted, reaching up into the conical ceiling and creating a kaleidoscopic, dizzying effect. One can only imagine what being in there while smoking various interesting tobaccos would have felt like.

This room is another mind-bender, as Philip III was so taken by porcelain, he purchased an entire porcelain factory and its workers and transplanted them to Spain, forming the first royal porcelain works. He immediately ordered the entire room be covered in porcelain reliefs featuring animals, people, fruits and trees. There is even a porcelain chandelier, and to add to the effect, 8 large mirrors on the walls create multiplying effects as you walk through the room. It’s the royal equivalent of a drunken eBay rampage.

We had a brief look at the carriages and wedding dress which were stunning and took a short stroll through one of the gardens to the fountain.

The palace is well worth a trip, it is amazing. You also get entrance to the boat museum but we didn’t have time to see it. Once we’d seen the rest of the palace and some of the gardens, we got everything else done for the day and headed back to the van.

Have You Tried Reversing The Polarity? Shore Power Problems