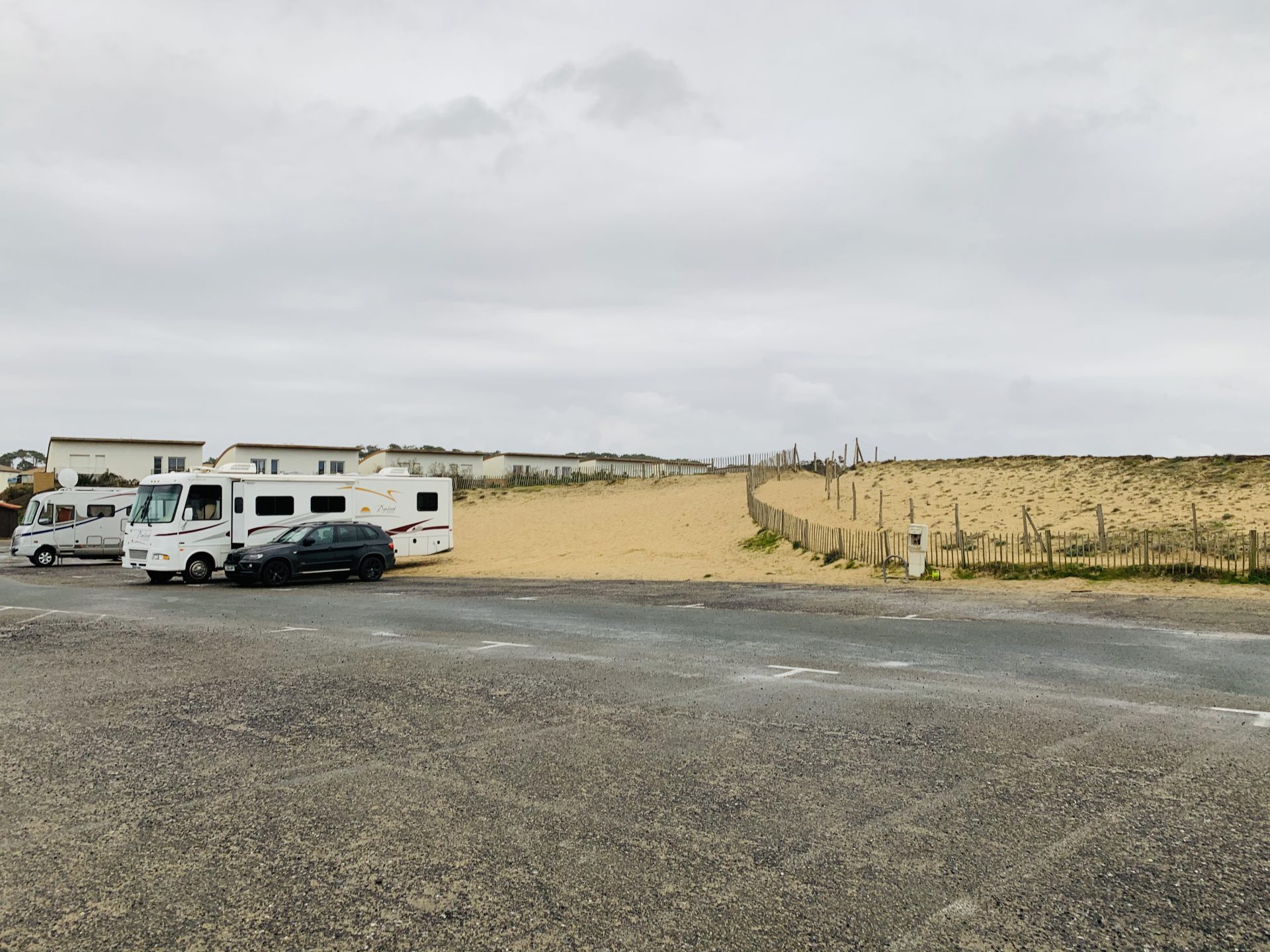 Large car park with electric and free WiFi and only a 2 minute walk through the dunes to the beach, where you will find World War II era blockhouses that formed part of the Atlantic Wall.

The car park is slightly sloping, mainly set up for European vans but has some areas that we could back the RV into and have the slides out and the car next to us. Due to the time of year and only being moderately busy, they only charged us the usual fee (no extra for the car).

There is drinking water and a place to empty grey tanks as well as a toilet.

Access to this aire was tight in places, our sat nav took us over lots of speed bumps and the only access had a tight turn where all four wheels touched the kerbs. We couldn’t find a better route that avoided the tight turn, but on the way out the road is much wider.

The beach is very nice, though it was very windy when we were there. There are a variety of ruined German Blockhouses that have fallen onto the beach from where they originally formed part of the Atlantic Wall during World War II.

Prices at the time

Payments were collected in the evenings and card payments were preferred. A few vans came in later on in the night, we don’t know if they were charged or not. 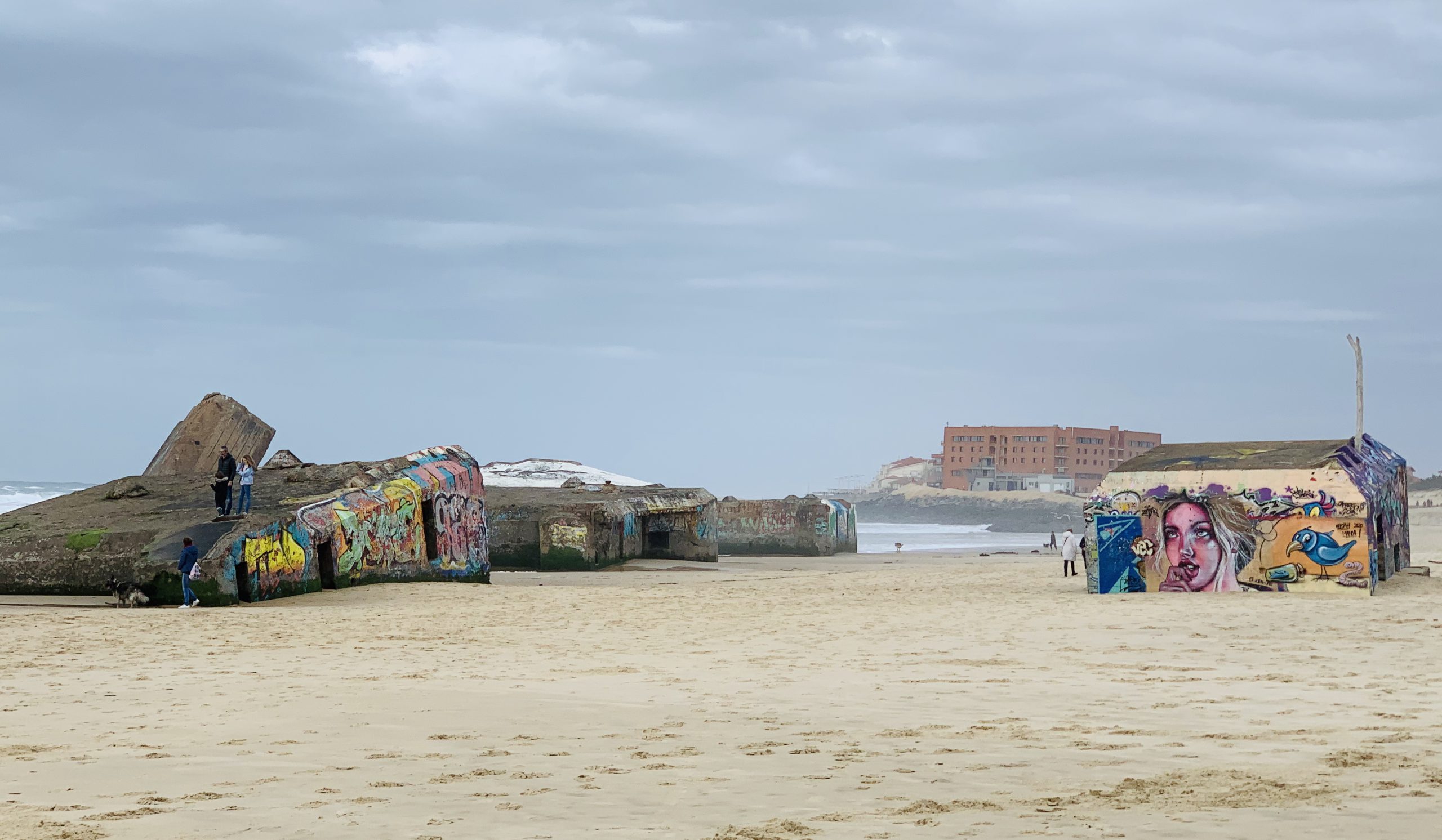 With the weather set to turn very wet and windy again, we decided to bypass the Dune du Pilat and head down towards Spain. Looking at the map, we decided… 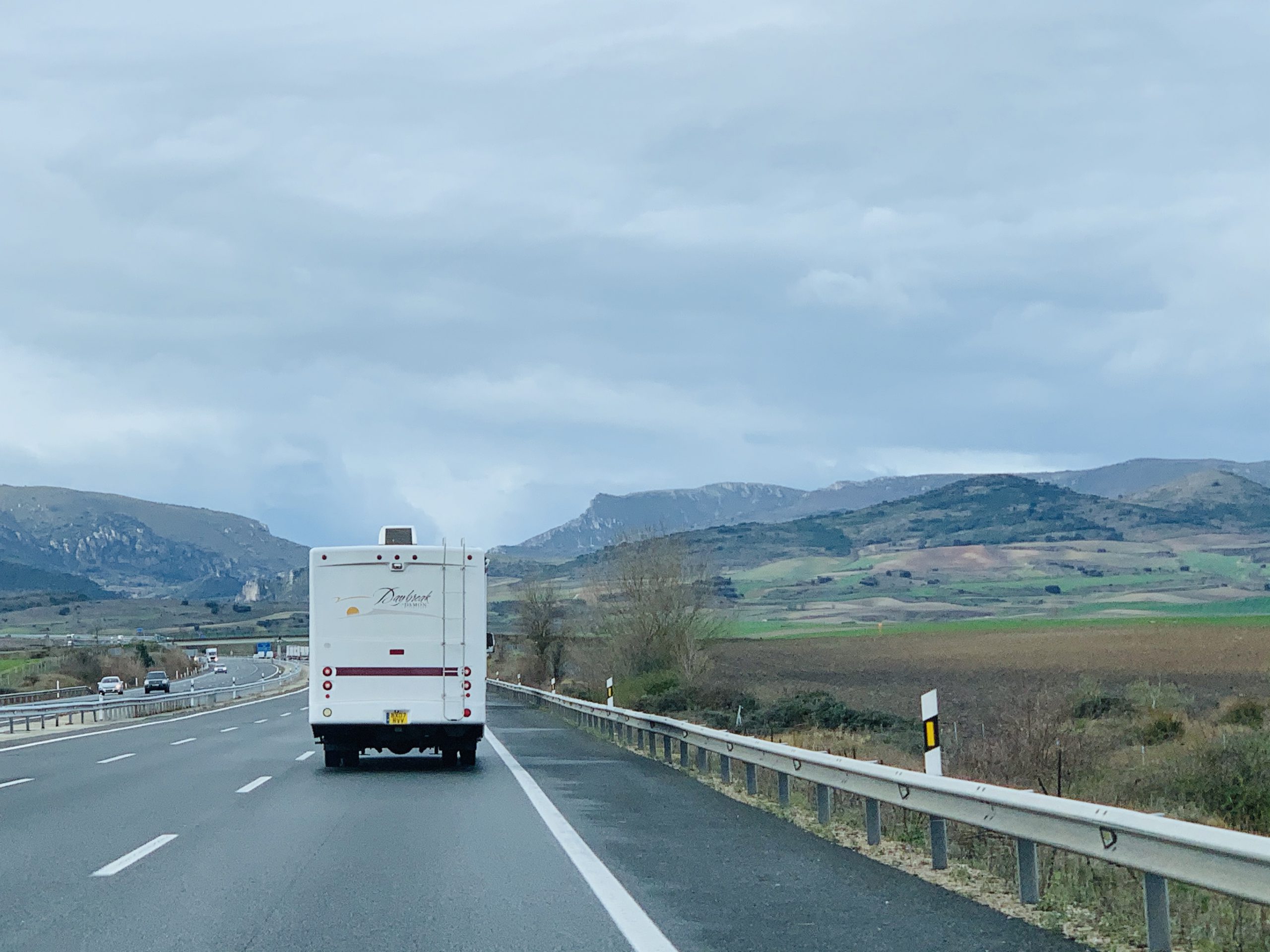 We awoke far earlier than planned at 5:30 am at Capbreton due to a small storm! Knowing the winds were just going to get stronger, we made the decision to…

Wild Camping at the Garabit Viaduct