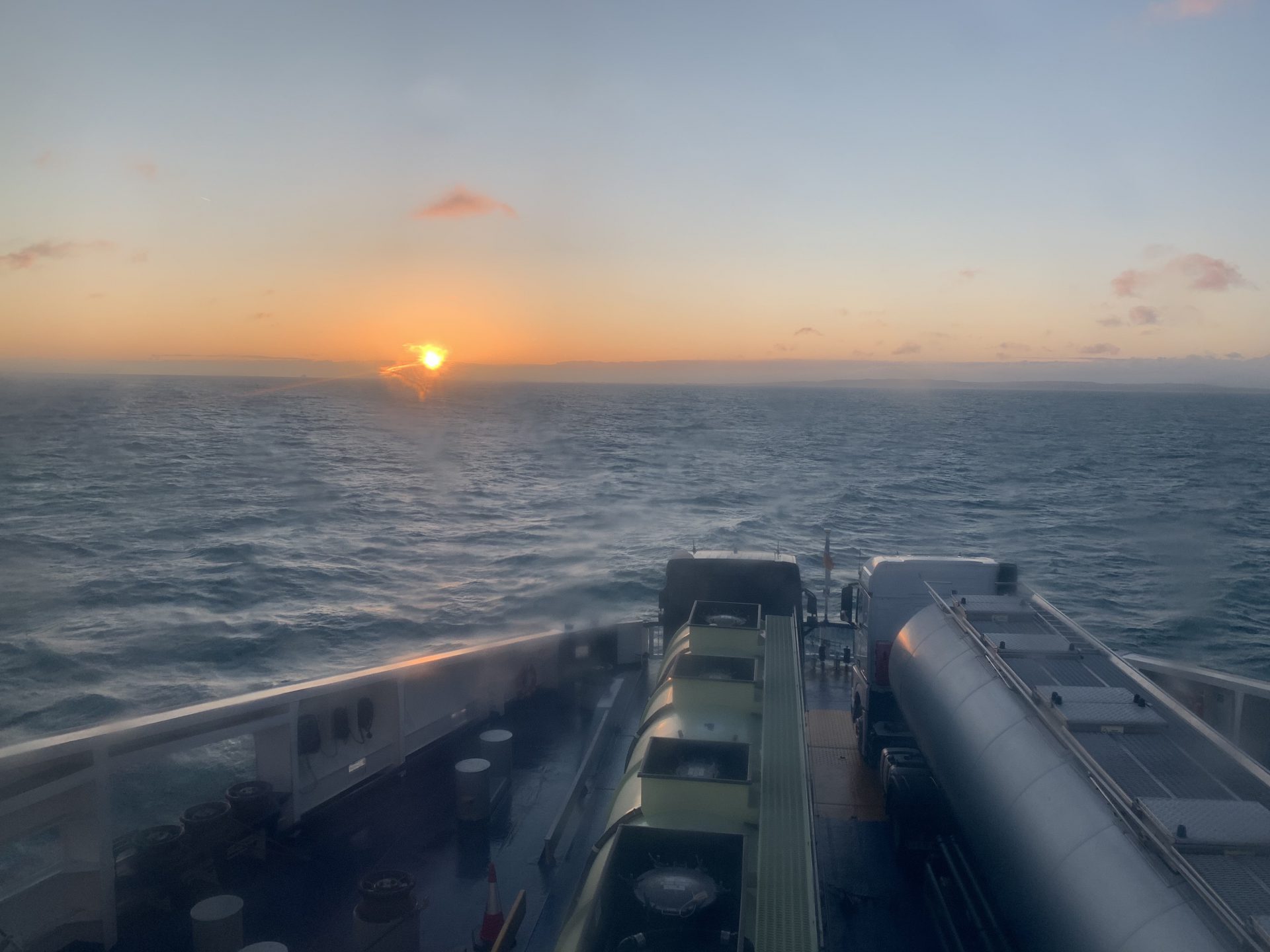 Right, enough of moping around England, it’s been too long and we need to get back on the road, and out of the horrible British weather. This time, our search is for warmth, so we’re heading into winter motorhome paradise – Spain.

Our plan is to visit the parts of Spain that might interest us the most, coastal regions, Madrid, and Barcelona. Meandering up through Portugal. As well as taking in a few other spots such as Gibraltar and Andorra. Alas, as everyone knows, there’s always something in the way, but at least we got to the sun first…

Eager to get far into France once again, we booked an 06:30 crossing from Dover to Calais. Peeling ourselves out of bed at 04:30 after a restless night had us thinking we’d made a mistake, but watching the sunrise over the channel made up for the crazy crossing. With everyone set up for the journey ahead, we set out with hopes of reaching Limoges in one hit…

476 miles, 10 hours, 2 fuel stops and a comfort break after leaving Calais, we arrived at Parc Verger! The driving got quite tough. At hour 7 we had to decide whether to find somewhere to stay for the night or push through to the campsite. We both felt pretty good, so we called ahead, confirmed our reservation, and carried on driving. But once the sun went down, those last miles started dragging by and tiredness started setting in. We slowed down and took it a little easier until we made it to the campsite and a warm welcome from Franc, the owner.

After a long sleep, we went for a walk on the local Voie Verte, an old railway line now converted to a path, leaving us feeling much better.

As well as being a long way down through France, another reason to stop at Parc Verger is the (relatively) local Lascaux cave and the wonderful Lascaux IV recreation. We came here last year and it was somewhere Olivia was desperate to see again.

Despite this being our third trip technically, the art, the recreation skill, and the incredible effort that Cro-magnon man went to in order to create these works is still breathtaking. We’ll never know why they painted what they did, but there’s plenty of points for speculation on the choices they made.

With changeable weather, the strong sun and rain clouds made for some impressive views and colours on the drive through the lovely French countryside too.

Unfortunately, that’s all for this trip to Limoges. The rest of our few days was spent getting fuel, food and our favourite French treats before heading down towards the border.