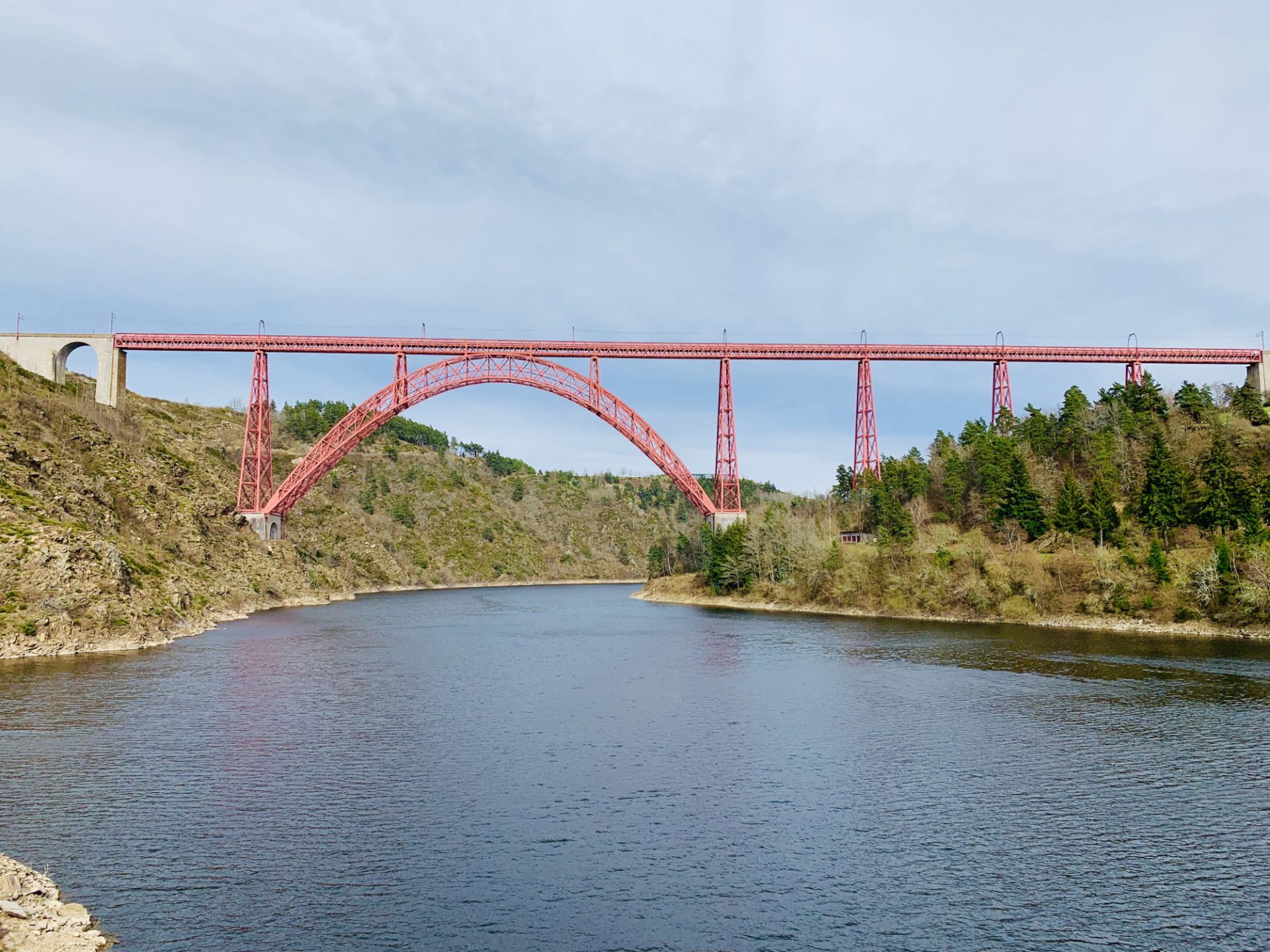 We had been told that the Garabit Viaduct was a must if you were in the area, and that the view from the motorway aire was spectacular, and that the viaduct was lit up in the evening – so we planned to stay overnight. Once we arrived at the aire however, we decided it wasn’t for us. The view was great but constant traffic and as we’re pretty scared of trucks in services now we decided to look elsewhere – and we looked down!

Below the viaduct are a few viewing spots, we could actually see a camper van in one of them. After a quick check of the spots in the BMW, we drove the RV down there and parked up for the afternoon and night.

We took a walk to see the bridge in daylight, and were rewarded with a display of golden eagles soaring above us, and down towards the water below.

The Garabit Viaduct is a railway arch bridge spanning the Truyère, near Ruynes-en-Margeride. The reason we were particularly interested in seeing it is it was built by none other than Gustave Eiffel. That’s right he built more than the Eiffel Tower! The bridge was constructed between 1882 and 1884 by Gustave Eiffel, with structural engineering by Maurice Koechlin, and was opened in 1885. It is 565m in length and has a principal arch span of 165m. At 124m above the river, the bridge was the world’s highest when it was built and weighs 3,587 tonnes.

Olivia and I did some research on Eiffel after this wonderful find to see what other great structures he had a hand in designing/building and were a little surprised to find he was the second designer of the internal structural elements of the Statue of Liberty.

A beacon in the dark

When the illuminations came on, we wrapped up and went outside to view the beautiful arch and take some photos – not all of which went well! But we had fun, it was a perfect afternoon and overnight wild camping spot to relax and the view from here on the river is worth the extra drive.

Wild Camping at the Garabit Viaduct