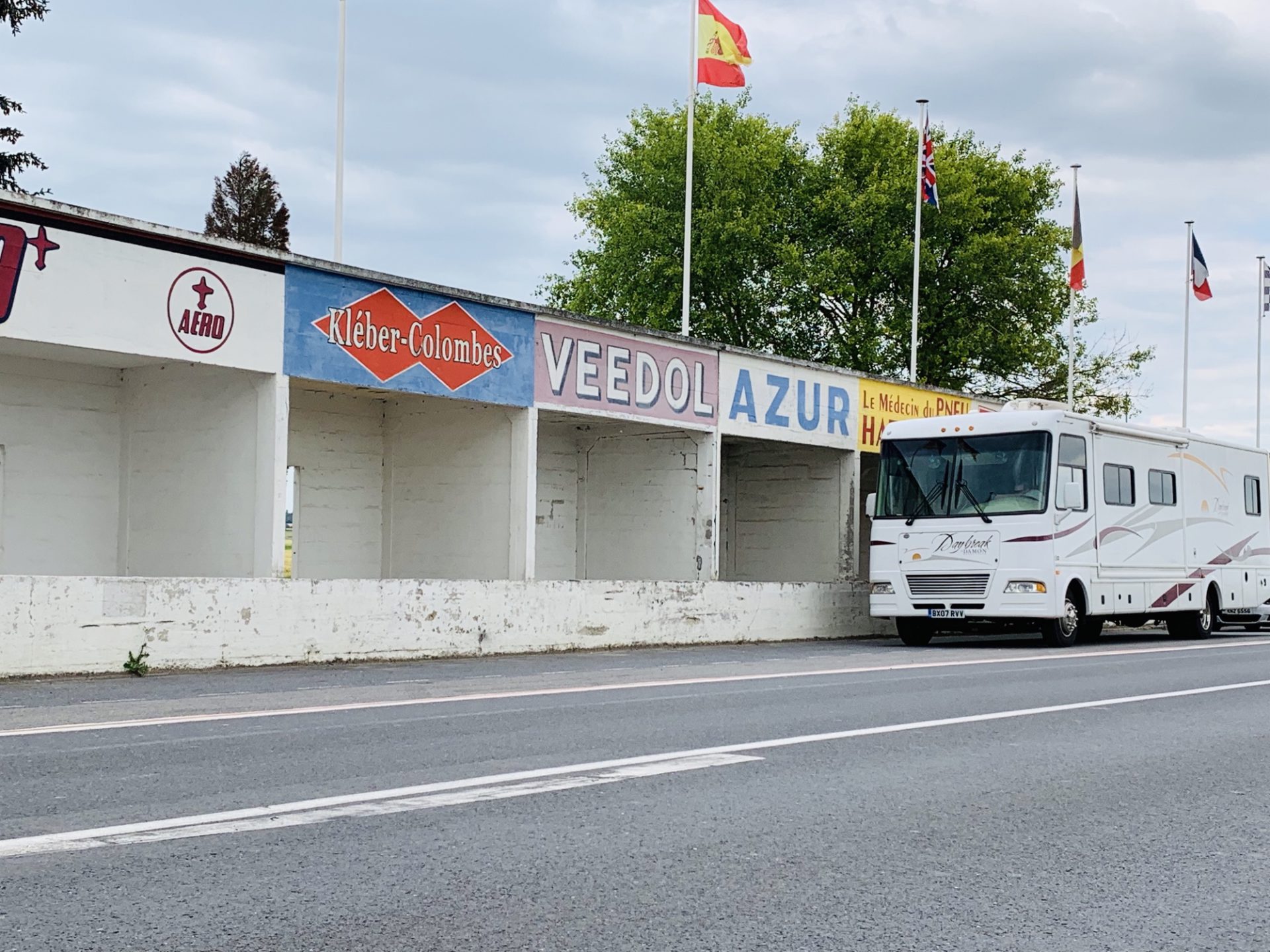 Our last week in France began at Le Village de Meuniers Campsite just outside Lyon. After almost three months travelling we were feeling very sad at the prospect of heading back to the UK. Yes, it had been hard at times and after the first week in France, I did not think we would make it three months. But we fell in love with travelling and RV life. It was hard to be enthusiastic about the drive back, but we started to prepare.

As part of travelling with a dog, we needed to find a Vets to get Pepper wormed. This needed to be done no less than 24 hours before our ferry and no more than 5 days before.

We found a Vets in Cluny, Veterinary clinic of Dr. Saintot & Co which was a 20-minute drive from the site. First, we visited and explained what we required mainly using google translate and booked an appointment.

On arrival, they weighed Pepper and asked for her passport. Then we were taken into a lovely clinic room to wait for the Vet. He gave Pepper a full health check, listened to her heart, felt her tummy, checked her ears and eyes and even clipped her claws for me. Then he gave her a chewable worming tablet which she took with no issues. The passport was then completed and stamped. The service was good and cost €49.60 which I did not think was bad.

The long drive to Calais

The journey from Lyon to Calais was long, tiring and emotional. We tried to stick to non-toll roads but did not realise just how much longer it would take.

After being on the road for 6 hours we made it to Reims. As it was only 5 minutes or so off our route, and we couldn’t get the RV on the track at Le Mans, we decided to go to the Circuit de Reims-Gueux. An old road racing circuit which saw it’s heyday in the ’50s and ’60s with both 12-hour endurance races and 14 Formula 1 Grand Prix’s.

Having realised we were still a long way from the campsite in Calais, and me getting extremely upset and emotional due to both tiredness and not wanting to be heading back to the UK, we re-evaluated our route. We found that if we now got on the Peage we would save an hour and a half and 89 miles of driving. So after calling ahead to the campsite and checking that we could get on the site even if we turned up after 9 pm, we pushed on.

We arrived in Calais at Chateau du Gandspette after our long, long travel day. In all, it took 11 hours, 451 miles, 2 fuel stops, 1 rest stop and 1 photo shoot at the old race track!

We parked up on a pitch thankful to be only 22 miles from the port. Ready to relax a bit before our crossing in 3 days.

The site was nice with easy access, a nice park, swimming pools, sports facilities and a nice woodland walk for dogs, though the pitches were rather tight. The motorhome point was very tight and I managed to smack my knee on the motorbike carrier while getting water. So we just spent the next two days relaxing and preparing for our return trip. Though as it turned out, we were pretty bored and restless now we were so close to the ferry.

We were warned that there is sometimes trouble with migrants still on the road into the port and that they will try to get in and on the van. So we attached our motorbike ramp to our ladder, fully aware it would not stop them but might make it a little harder.

On the Ferry – Calais

We had a smooth drive to the port, did not stop once and did not see any migrants thankfully.

Border force were checking all vehicles, they looked in my boot and sent me on my way. George was ages getting through as they were all over the RV, opening all of the lockers and looking under the bed and sofa. All was clear and he was sent through to queue for boarding.

Unfortunately again the RV ground out on the loading ramp, George really does not like these ferries and much prefers the ultra level train, but we’re LPG powered and aren’t allowed on even if we do technically fit!

Back in the UK

That’s that then. An uneventful ferry trip and a drive up the M20 to the next campsite, Bearstead Caravan Club Site. How sadly the trip fizzles to an end. Still, onwards and upwards – there’s upgrades, improvements and maintenance to do before the next trip!