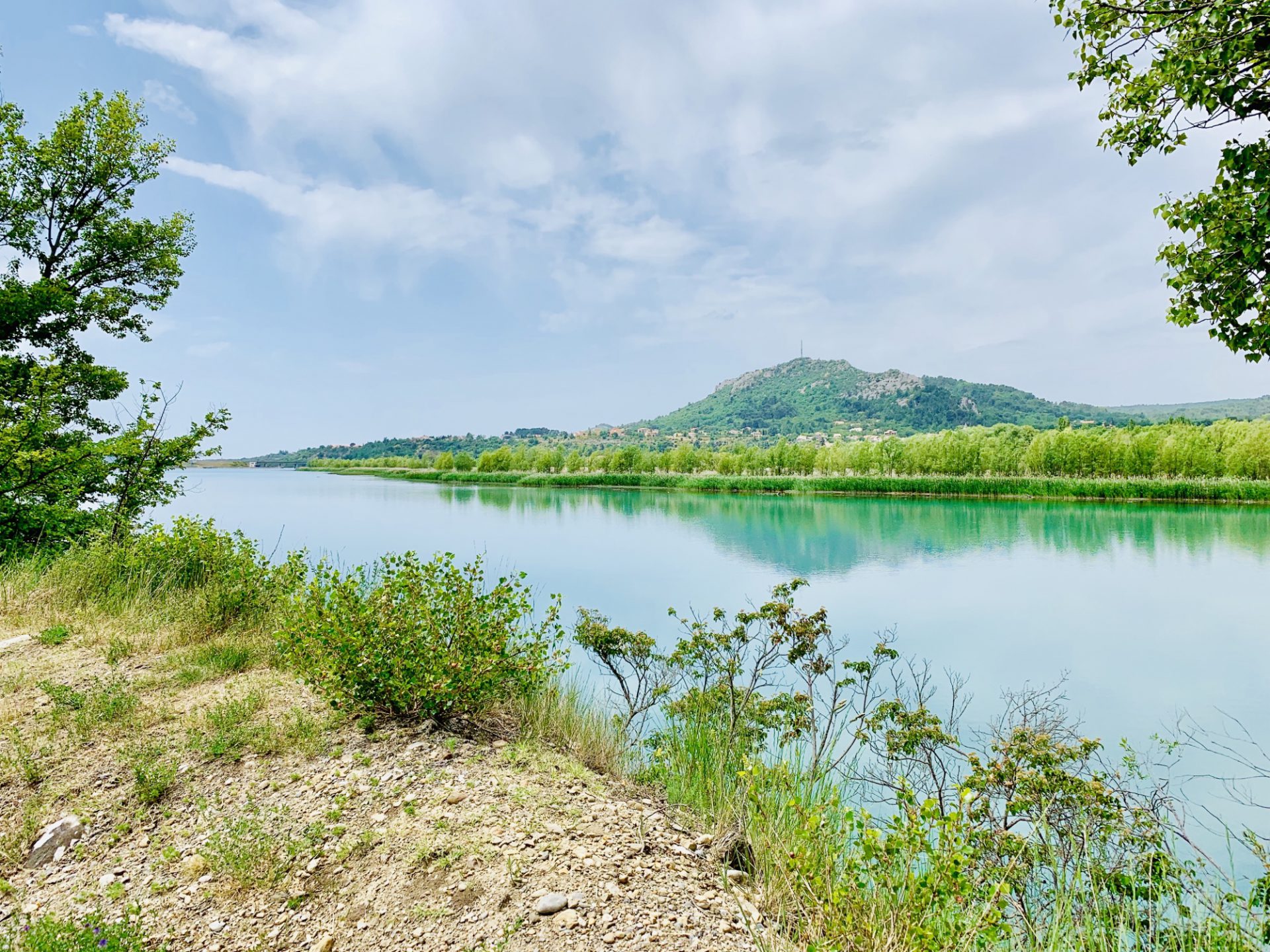 I wish we had more time to explore Italy. But with our ferry booked and only 17 days to get back to Calais, we needed to start heading back. We had decided to play it safe and leave Italy the same way we came in and set out as early as we could. But a need for more cash to pay for our stay on the aire delayed our start, and we were then caught in some heavy traffic.

After a few fuel stops for both the BMW and the RV, we stopped for lunch – only to find the services under construction with not much food! Olivia was happy with her movies, colouring, reading and games, so with crisps, cake and an ice-cream each we carried on.

Time went on and we realised that there weren’t many places to stop once we were past Genoa, so we decided to try and make it to France. We eventually crossed the border just before 10 pm, and had to settle into a night at the autoroute services – a smelly and not particular safe feeling spot – but we had a late dinner and turned in, we survived the night and were ready to move on the next morning.

After our autoroute stopover, we drove to Camping l’Hippocampe in Volonne. Due to a mix up when leaving a fuel station, we got split up. I came the safer, more expensive, autoroute way in the car with Olivia and Pepper. But George took the RV on the toll-free but scary trip across the mountains!

l’Hippocampe was one of the bigger campsites we have stayed on. With multiple pools, a kids club (though only in July and August), canoeing, paddle boarding, bike hire and many chalets. It’s also had some nice, big pitches with a view of the river out the front window.

We mainly used this site for a bit of a relax after a day and a half of driving and because the site had so many wonderful facilities.

We’d read about a short, 6km walk around the lake that we were staying at, and thought it would be a nice way to spend the morning. Unfortunately, we managed to leave later than expected, and walked through the hottest part of the day!

In the end, the walk was 10km, and didn’t have anything like as much lake (river) as expected! Most of the walk was just at the side of the road. There were a few nice spots though and we found a dam that provided hydroelectric power to the local grid which was great and interesting to see.

We walked through a few wooded areas which, unfortunately for George and Olivia’s hayfever, were covered like a carpet in tree seeds! There was also a small stream where Olivia and Pepper had a paddle to cool down and we saw many frogs jumping around. A good long walk but somewhat disappointing.

Having lovely weather and a river right next to our camping pitch, it would be a shame not to take some advantage. There were canoes available on the campsite, so Olivia and I borrowed one for an hour. The assistants recommended travelling upstream first, so the current and wind would bring us back on its own.

With a bit of effort and some practice for Olivia, we made our way slowly upstream towards the lake we had walked around. Around us, we could hear lots of birds and saw some buzzards soaring overhead. Once we got used to the paddling and the slight rocking of the canoe we had made it to the bridge and lake, so turned around and let the current take us back. After our hour we were back, exhausted but happy.

It’s made me quite desperate to find space for an inflatable canoe for us to take on the road!

We took the opportunity to use some of the facilities onsite. Olivia and George played a little ping pong until Olivia got a bit fed up as it was too hard. So George and I played a few games which was a good laugh. Olivia enjoyed spending some time playing in the large park and making a friend.

We also took the opportunity to go swimming a few times. Olivia had started learning to swim in Italy but was still scared of getting water in her face. So we took two trips to the pool, spending a couple of hours each time playing and getting used to floating with a pool noodle and practising arms and legs. I was very proud of the progression she made even if she got annoyed that she couldn’t do it.

We took the opportunity to rent an electric boat and travel along the Gorge du Verdon. A man-made canal built to take water from Quinson to Aix-en-Provence in the 19th century. Though it’s now just for pleasure and tourism.

It’s a tranquil trip, though there’s a lot of weed and branches under the water to be careful of. The gorge is beautiful, with tall steep cliffs on either side, the telltale lines in the rock angled sharply towards the sky showing the tectonic events that created them millennia ago.

We were given a leaflet detailing the numerous caves and objects to see, including a bat cave which is gated for their protection, and other caves further up the cliff sides which Olivia loved spotting.

There were also some goats, clinging to the cliffs in the gravity-defying way that goats can. It was a little colder than we anticipated, but thankfully we’d taken a change of clothes and a blanket that we wrapped Pepper in when she got cold. Olivia again loved having a go at piloting the boat and even I had it ago.

After reaching the town on the far side of the gorge, we returned the boat and walked up to a viewpoint so that we could look down into the gorge. Though we didn’t try the lower walls that bring you down to the cliff bases near the water itself.

We also randomly came across a Roman archaeological dig in a nearby village which we jumped out and had a look at, sadly there was no real information on the site.

Driving there we also saw some wild lavender fields that were just starting to bloom which were stunning.

We really liked this area are really wished we had more time to explore. This is a place that we would really like to re-visit.