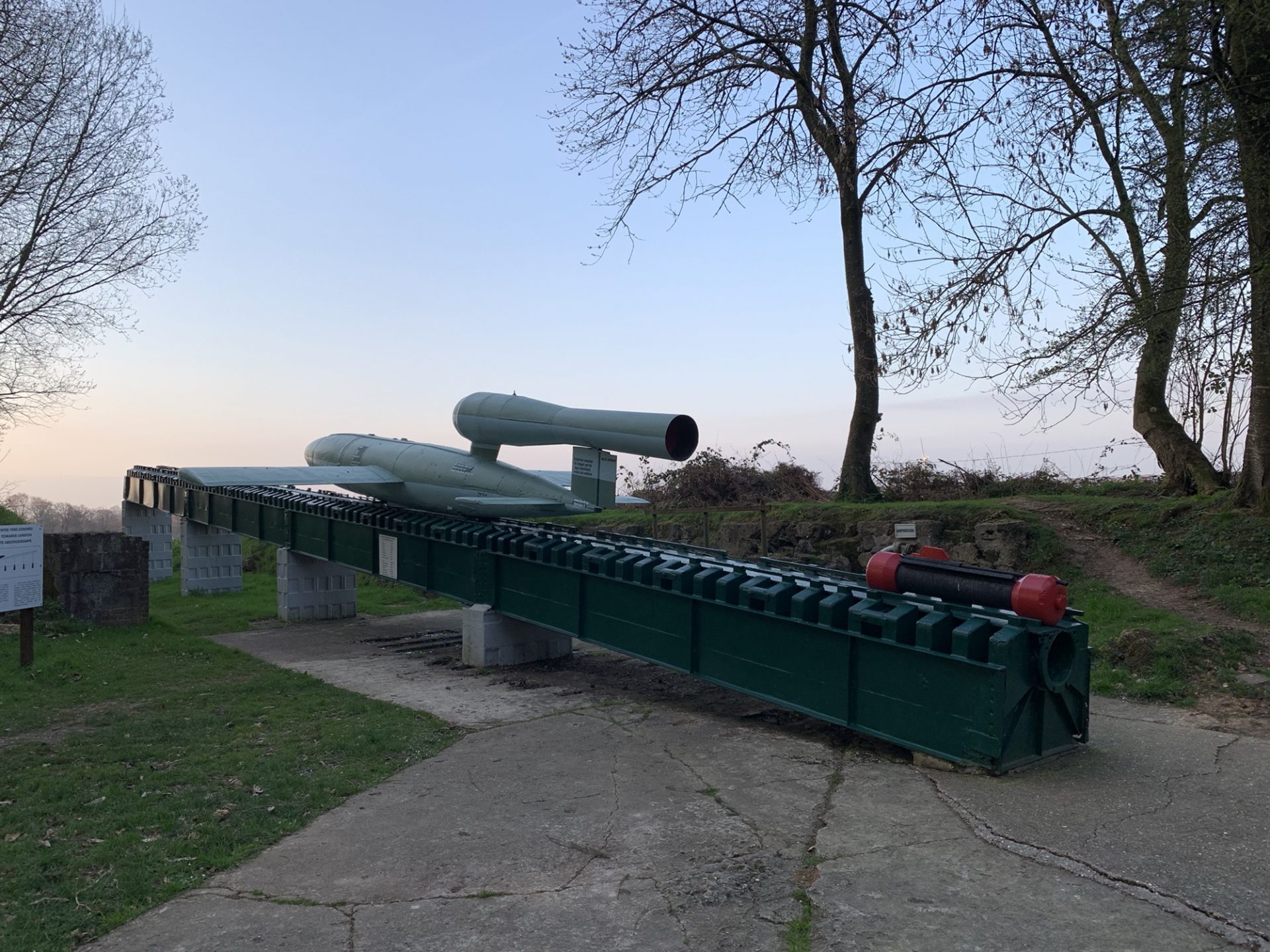 After many nights in the UK, touring and testing, we’ve headed across the channel into France! In the full knowledge that Karen suffers from motion sickness, and with Brexit in sight we’ve made a break for it.

Motion Sickness? Take the train then!

We normally do! When we’re in a car anyway…

Our RV runs on LPG, which is great because it reduces our fuel bills so they only make one eye water. However it also means that we can’t travel through the Channel Tunnel. They’re concerned that the tanks will explode or something.

So despite Karens motion sickness, we’re taking the ferry!

With Brexit looming over us, the M20 has been turned into a huge lorry park. The reduced throughput means that the M2 and A2 take the brunt of the extra traffic, and also means that we couldn’t be sure of an easy run from home to the port.

We decided to try and stay nearer Dover, and after some messing about, we stayed at the New Dover Road Park and Ride in Canterbury for the night. We arrived at just after 5pm, and left around 7:30am but got charged for 2 nights – not happy, but not much we could do about it either.

The drive into Dover was easy enough, though in the port itself it was a little tight trying to fit our truck sized RV through car and van sized entrances.

Getting on the Ferry

On arrival at the port we stopped just before check in to transfer Pepper to the RV as that was were she would be spending the crossing, as it would give her room to move around and access to water. We went through check in at the port with no issues, we did not have to show Pepper’s passport or scan her chip. Once checked in and in the queue for the ferry Karen took Pepper to have a run in a nice small fenced off artificial grass area with an agility ramp and ring to jump through.

Having two separate vehicles meant that we were split up on the ferry. Karen was parked two decks above me. We managed to meet up successfully on board. The crossing was pretty smooth so Karen, although slightly queasy, was fine as long as she looked out of the window. Despite a Land Rover breaking down and blocking the ferry ramp, we managed to meet up on the road afterward too!

We were finally in…

We had vaguely planned a route that would take us down towards Rouen. There were several Aires down there that we could try, so we hopped onto the Autoroutes and started making our way south. We wanted to get clear of Calais so that we could enjoy France proper.

After a while, we decided to stop, have a rest and consider exactly where we were going. We stopped at a large Aire which was undergoing construction, and took a walk together. We found a lovely area to walk along a man made river and gave pepper a good run.

Unfortunately, as we returned to the van, an HGV turning out of the car park caught our passenger mirror and smashed the glass out again! After some shouting from Karen, the driver did return and we got his details. Olivia was shaken and rather upset, panicking that we would have to return to the UK already, but we managed to repair the mirror with no real harm done, though I’m considering getting a spare to keep in a locker!

Free Camping in a Beautiful but sad spot

One of the places we were interested in seeing was Val Ygot. A WWII V1 launch site that was bombed before it could be put to its full, deadly purpose.

We had read on Park4Night that it was possible to stay in the car park, and that’s what we did. It took a little driving around to find a way to the site that could take the RV. The Sat Nav initially took us to a road with 3.5t restriction; but we persevered and were rewarded by the beautiful and interesting spot.

In the last rays of the setting sun, we walked out into the memorial and took a brief look around. Craters from the bombing, destroyed concrete buildings and a replica V1 launcher pointing at London tells the terrible story.

Olivia is aware of WWII, though not the full extent of it, and it was hard to convey the meaning of a place like this. Though we tried our best without going into the horrible details.

After our brief look round, we vowed to look again the next day, and settled into the RV for the evening listening to owls hooting.


Fun in the snow today.

Been enjoying a warmer day here in Kent. Although

First snowdrops we have seen in Kent #winterwatchl

Loving the new look of our RV kitchen. We decided

Today we moved on to Merlimont to spend the night

Had a lovely autumnal walk around Val Ygot, the V1

We headed off about 9:30am yesterday and made it t