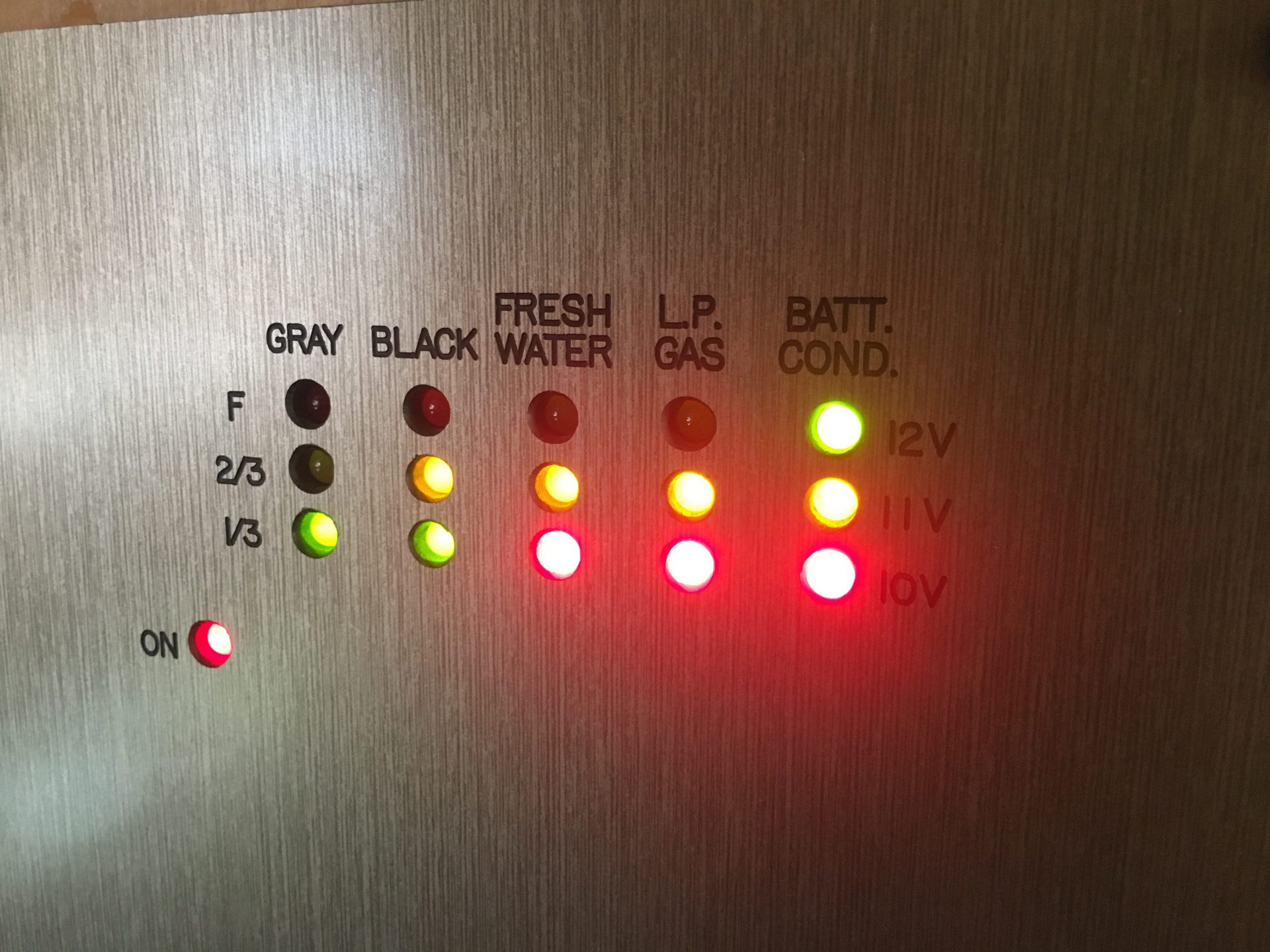 After a 233 mile drive, we arrived at Ludlow Touring Park. It was raining so I grabbed my coat and was left extremely confused and concerned to find that the base of the shower and Olivia’s coat was very wet! Why was it wet? Did we have a leak?

We were unable to dump our grey and black waste when we left Broadhembury Caravan park due to site works blocking the motorhome point. As the tanks were not completely full, we did not think this would be an issue and decided we would dump on arrival at Ludlow Touring Park.

We packed the van as normal, all the coats, Olivia’s spare car seat (though not really sure why we have a spare with us), shopping bags etc are stored in the shower. Although on this occasion, on the floor of the shower as the wall hooks had come unstuck.

On arrival at Ludlow, we booked in and headed straight for the motorhome point and successfully dumped the tanks. It was raining so I grabbed my coat and we got the RV set up on the pitch.

Once we were done outside, I remounted the hooks in the shower. As I was hanging the coats I noticed Olivia’s coat was extremely wet! Then I saw that there was water in the bottom of the shower. On further I found the entire bottom half of Olivia’s car seat was soaked! Panic set in, was the roof leaking? Why was my coat not wet? Why was it only the stuff at the bottom actually touching the tray wet?

Yup, ! The water we had left in the tanks (thankfully in this case only the grey waste) had sloshed around in the tank while George was driving. It had splashed around so much, it had come up out of the drain and into the shower and the bathroom sink. Thankfully, as the car seat was in the shower and over the plug hole, the water had not been able to coat the entire shower. The sink was full of our toiletries so that had also blocked the plug, so both were thankfully easy to clean up.

Another lesson learnt, don’t travel with water in the tanks.

Thankfully, oh so thankfully the toilet has a great seal.