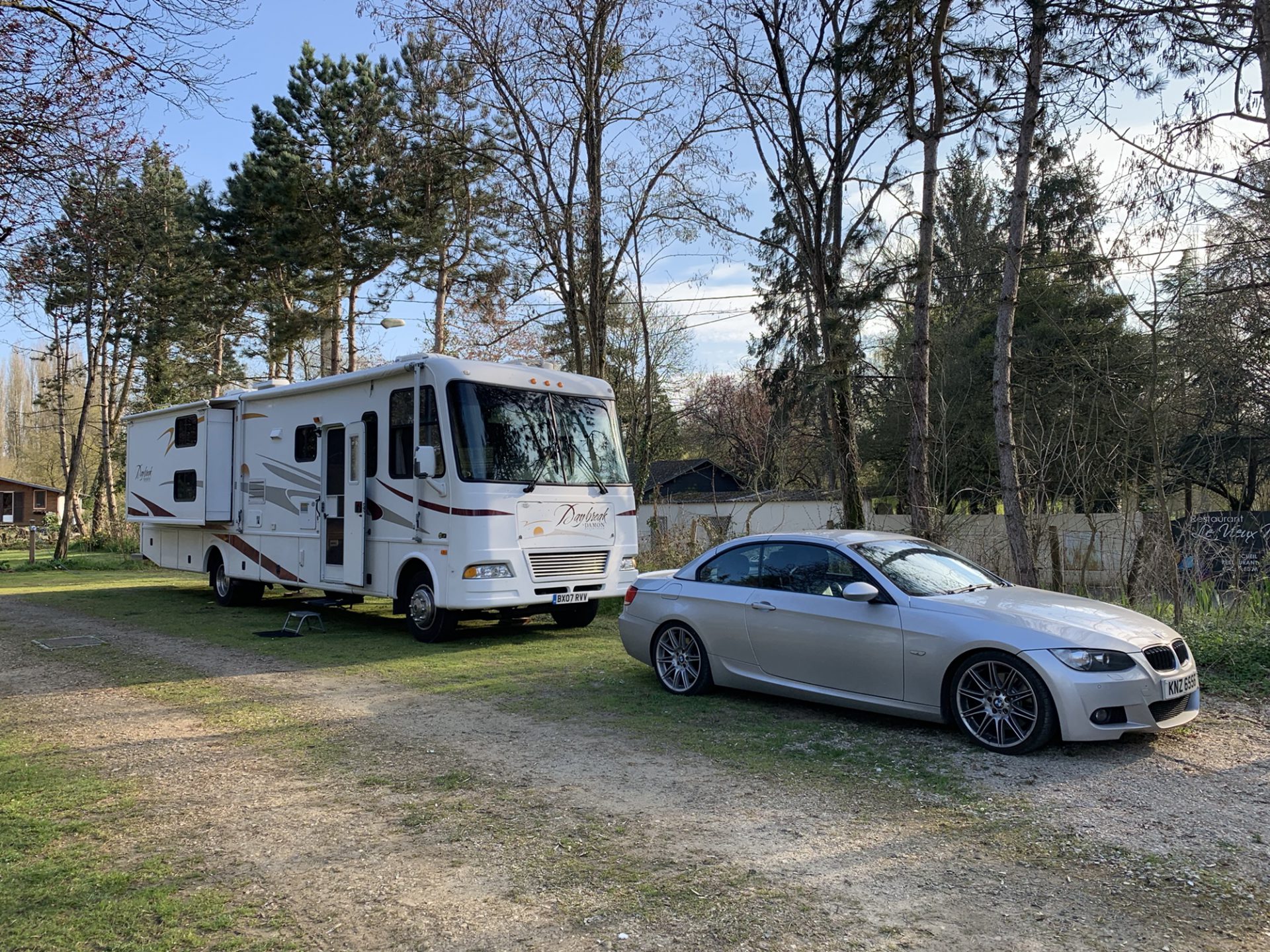 Just outside of Le Mans we found a lovely site. It was a location we chose based on a fifth wheel recommendation. This site was closed for many years, but reopened in 2017 and is gradually being renovated and increased in size. Martyn and Louise are a lovely English couple and happy to chat and help where they can.

Just outside the site, there is a stunning weir and grass area, perfect for a picnic. The beautiful village nearby is a short walk and has most of the things we needed (and plenty of patisseries our waistlines could have done without), if only there was a laundrette as well! Louise recommended a laundrette in Le Mans about 15 minutes from the site outside the large Auchan shopping centre.

The toilet block is mixed like most in France, but it was very clean and even though my first shower was a little cold, after a chat with Martyn the temperature was turned up.

Each pitch is large with plenty of space for our large RV, car and still space to sit outside and play. The campsite is pretty with lovely plants and we were lucky enough to see lizards, red squirrels, bats and giant snails.

There are a few exploratory walks marked out, one which passes alongside the site and then follows the river into the town.

The site is open 365 days a year, which is rare in France; though you have to book in advance for the winter months! 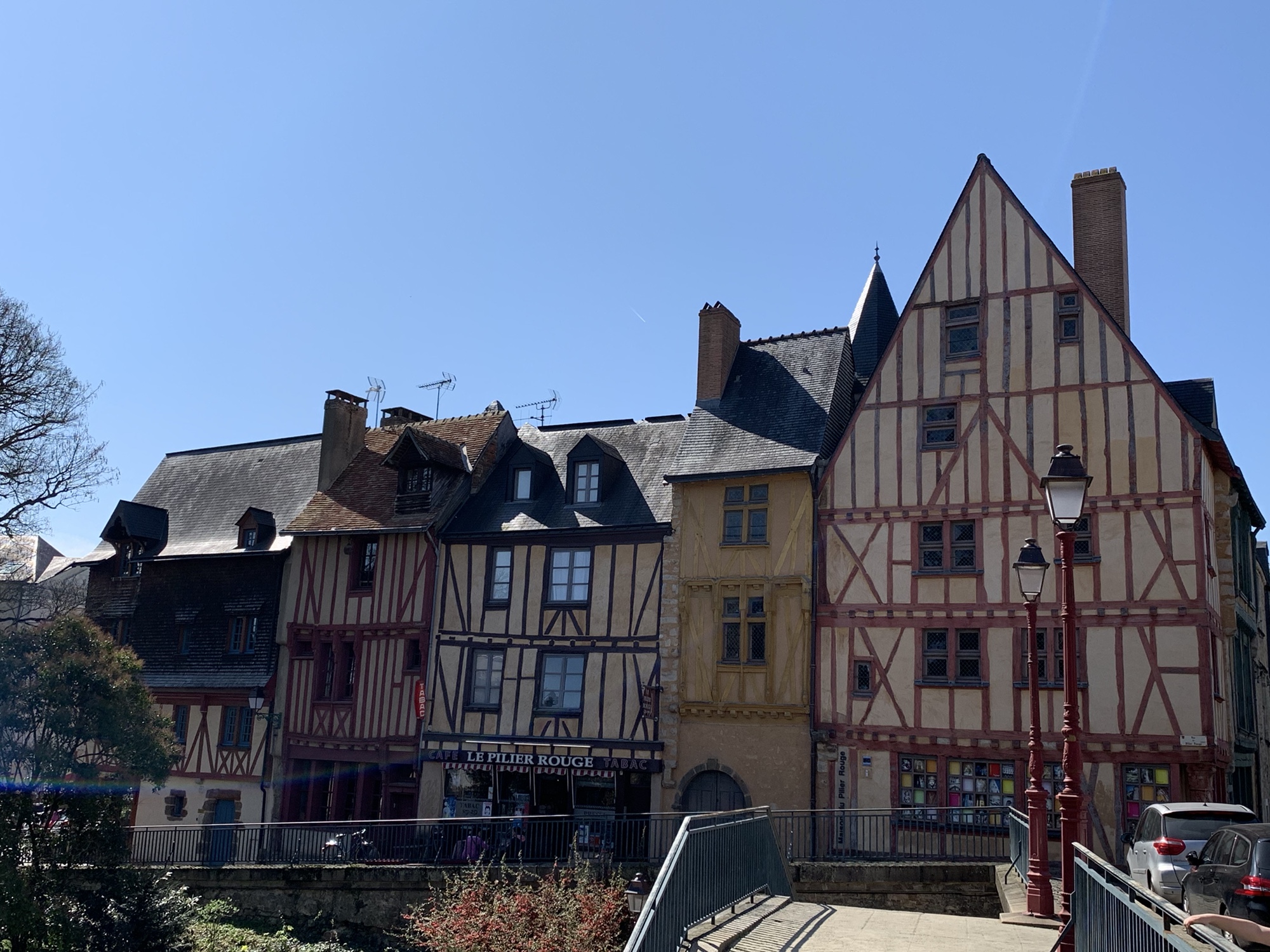 Our first campsite stay was Le Mans. We stayed on the lovely Camping Neuville – Camping Le Vieux Moulin site which sits just 15-minute drive outside the town of Le… 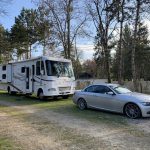 Camping Neuville formally known as Camping Le Vieux Moulin was established in the 1960s. The site is owned now by the Humphries’ family who relocated in October 2016 to France from the UK in pursuit of a better quality of life. The site is located 10km/6miles north of the historic town of Le Mans in Neuville-sur-Sarthe. The site is set alongside the River Sarthe in over 4 hectares/12 acres of ground providing plenty of space and privacy for everyone. The campsite is licensed for 100 emplacements, although only 50% have been renovated and serviced with electric and water at present. The site has large pitches and good access for large vehicles.