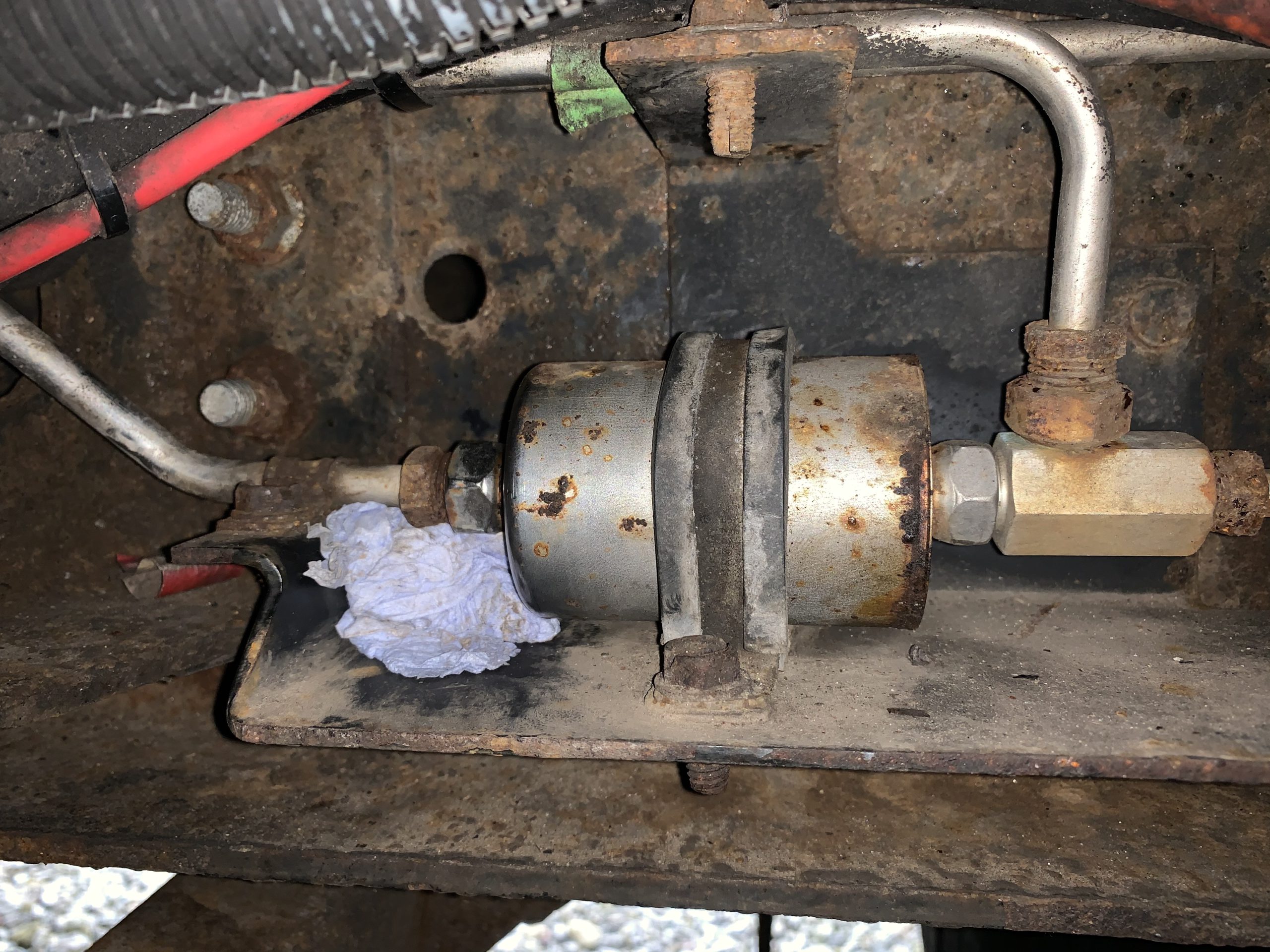 Having two fuel systems on our RV has always seemed like a nice backup to us. If the LPG runs out, we have petrol. If there’s a problem with the petrol system, we have the LPG system. We had to rethink that when both failed within 100 miles of each other.

When we bought our RV, it came pre-fitted with a Prins VSI-2.0 LPG system already installed. It’s great because it reduces our fuel costs. It’s also bad because it takes up valuable locker space, puts weight over the front axle, and adds more complexity to the engine bay.

As with most LPG systems, ours is essentially separate to the petrol system. They only meet at the intake manifold, where the LPG system has its own set of fuel injectors. They’re also linked electronically between the original ECU and the LPG ECU. That link allows the LPG system to disable the petrol injectors and run off the gas instead.

While all LPG systems vary, ours doesn’t disable anything within the existing petrol system except the injectors. When the LPG system is running, it interrupts the signals to the petrol injectors to stop the flow of petrol.

To turn super cold liquid gas into a gas that can be used by the engine, a vaporiser is used. The vaporiser uses warm engine coolant to heat the pressurised liquid and turn it into a gas. Vaporiser size is determined by engine power requirements, and our 8.1l engine has two very large ones. There are also several filters and solenoids that are used to open valves and allow gas to flow through the system safely.

That’s pretty much it, liquid gas goes from the tank to the vaporiser(s), where it becomes actual gas and goes to the injectors, where it’s squirted into the engine just like petrol.

Before we could leave the UK, we needed to get our MOT done. If you’re not familiar with the British MOT, it’s a regular, government-mandated roadworthiness check. For cars and motorhomes like us, it’s a yearly check from when the vehicle is 3 years old.

We were recommended to go to an MOT tester called Mick Gould Commercials, who regularly test RVs. The appointment was made, and on a very wet January morning, I drove down and got ready for the test.

As I had only had cars and motorcycles tested in the past, I was expecting to sit in a waiting room while the MOT was performed for me. This was not to be, I remained in the driver’s seat and operated the controls as instructed by the tester. Everything was going well until the parking brake check. I misunderstood the testers instructions, and instead of gradually applying the brake, I stomped on it!

With the rear axle sitting on large spinning rollers, the suddenly locked rear tyres gripped the roller surface; lifting the back of the RV up into the air before it came crashing back down with a loud bang!

The only other issue we had was emissions, where a leaky exhaust meant we had a high oxygen level. The RV just about scraped through, but we would need to fix the exhausts before we could leave the UK.

Pleased with the fact we’d passed the MOT (just), I started driving home again. After a few miles, the LPG display started flashing and beeping. The distinctive sounds from the LPG injectors went away. It was clear that something in the LPG system had failed and we were back to running on petrol.

I found somewhere safe to park, and like any good software developer, I switched everything off and on again. The LPG system came back on as normal, and I drove on. Unfortunately, after another mile or so, the errors came back and the LPG system failed again.

Calling In The Experts

LPG is a highly pressurised, explosive fuel. Consequently we had to call in experts to solve our fuel problem. We quickly found a helpful LPG fitter who came to look at the system. Unfortunately, our Prins VSI-2.0 system is locked down and can’t be read by non-Prins dealers. Defeated, our fitter gave us an approximate cost for replacing the system and went on his way.

We had to find a Prins dealer. Being just past New Year, and with only one Prins dealer in Kent, an appointment was hard to come by. With the campsite closing for the winter, we had to delay our European trip while we found a new place to stay and waited for help.

After saying our goodbyes at the wonderful Bearsted Caravan Club campsite, we drove off to a site at Folkestone. After starting the RV to leave, emptying tanks etc, we noticed a bit of fuel smell. Well, we always run on LPG, so maybe it’s just a lot richer on petrol. It’s winter, so if it’s only been running for a couple of minutes maybe it’s like a choke?

On arriving at Folkestone, I hopped out of the door to be greeted by a fuel smell again. That’s weird. It shouldn’t still be running rich after this distance. As one of those cursory, usually pointless checks, we had a look under the RV and immediately saw liquid dripping from above the rear axle!

We put on some gloves, wiped our fingers in it and it was petrol. For 40 or so miles, we’d been leaking fuel! Being late and needing to get set up, we ensured it wasn’t dripping anymore and left it for the night.

In the morning, Karen clambered under the RV to investigate the leak. I started the RV and immediately heard a shout over the radio. Fuel was spraying out of the fuel filter input and getting everywhere.

Further investigation showed that the input to the fuel filter had been bent upwards, and cracked the filter casing. We could only assume that the violent bounce during the MOT caused the failure.

A new filter was ordered from the USA, along with a spare, and we started fitting it. The first step was to remove the fuel pump fuse and crank the engine. Doing this helps to reduce pressure in the line, though it should have been low anyway as we had to wait for the filter to arrive. The next issue was old, crusty, rounded off flare nuts and our mostly metric tool set. We didn’t have suitable spanners to fit so a trip to a local hardware store was required.

Once we got everything unbolted, the filter went back in with a lot of effort! We had to unbolt the fuel lines from most of the chassis to provide enough flex to fit the replacement. This is partly because Workhorse switched from a unique filter design to a regular (cheap) filter and an adapter at some point in their RV chassis making years, meaning that some makes of filter fit better than others.

We suspect that whoever last changed the filter jammed it into place and bent the input slightly. Further driving and the big bump at the MOT probably caused the fatigued joint to break. The new filter is fitted nice and straight, so hopefully, it will provide years of great service. Next time it’s changed we will need to get the flare nuts, and possibly the fuel lines, replaced.

With the engine running properly on petrol again, we finally got a Prins dealer out to look at our LPG system. After connecting their diagnostics laptop, information started appearing, and the issue was traced to a faulty solenoid on one of our vaporisers. Essentially once the solenoid got warm, it was failing and starving the engine of gas.

The faulty solenoid was taken out, and telltale scorch marks could be seen on the casing where it was overheating internally. With a new solenoid in place, the LPG ran faultlessly for an hour or so, and thankfully, ever since so far.

So it took over a month, but both of our fuel systems were finally working again, and the RV was safe to drive. Now to sort out those exhausts…