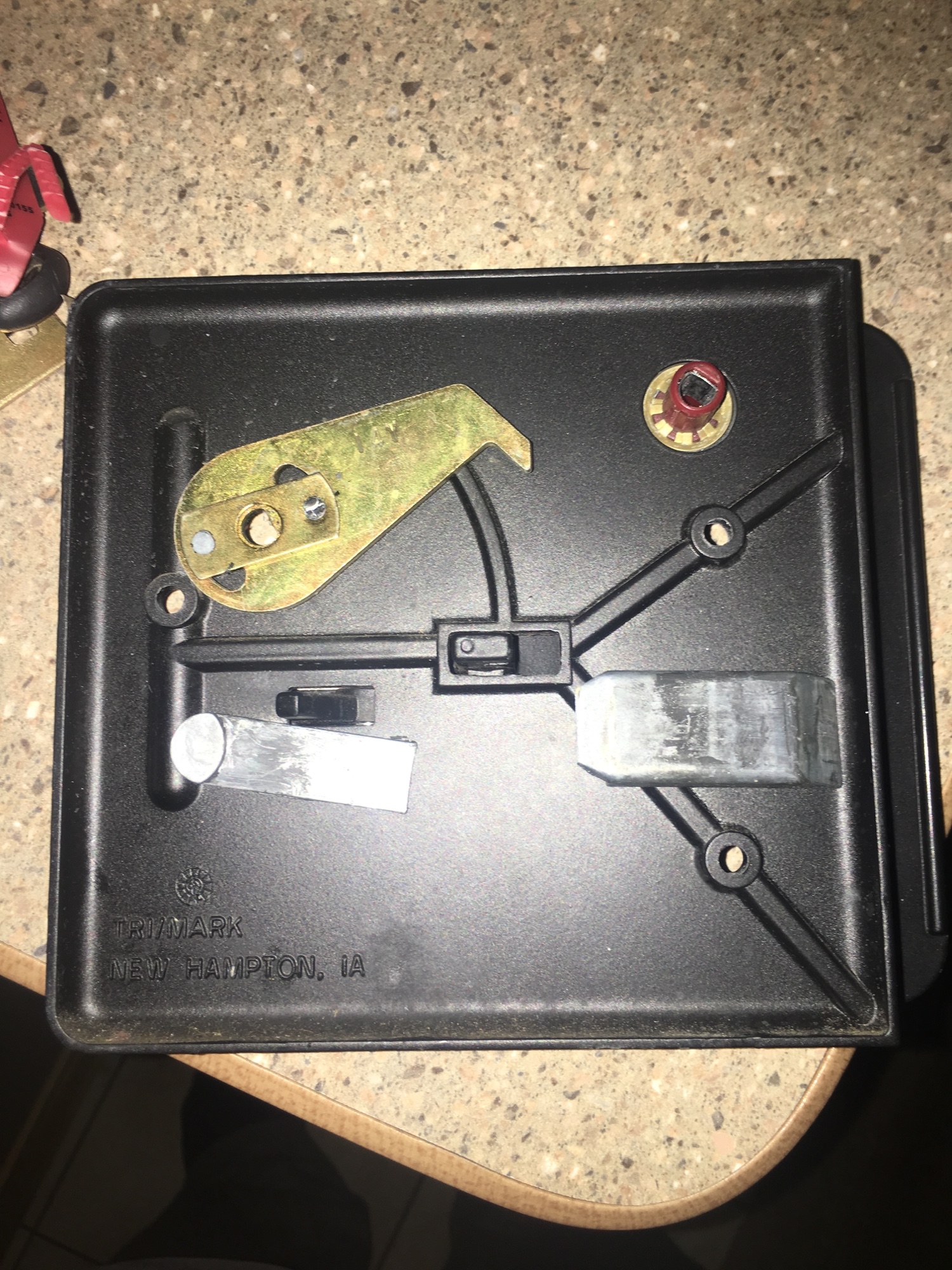 A story in which our Trimark door lock decides it’s had enough of opening for people on demand.

On our second evening with the RV we decided to head out on quieter roads to get some fuel. We headed to the local Sainsbury’s petrol station as it is almost at the end of the road, pulled onto the pump with no issue, jumped out to fill it up and realised we were not only taking up 2 pumps but were blocking the exit to the station! So we quickly jumped back in and drove off to another station. At the second station we took up 4 pumps but did not block the exit, so filled up and headed back to park up and cook some dinner.

Things take a turn for the worse…

We parked up outside George’s parents to grab our food from the fridge as we had not yet moved it all into the RV. Olivia tried the door but it would not open. Thinking she just did not have the correct technique yet, I asked her to move and tried it myself. No, it would not budge. George gave it a try but no, there was something wrong, we were suddenly in an Escape room situation.

We turned the lock handle on and off, pulled the handle again and again, but we were well and truly stuck inside the RV. Realising the Trimark lock had obviously seized or broken, George decided we needed to remove the lock from the inside to release us. Only problem being, we had no tools in the RV, they were all in the lockers outside! We called George’s parents and asked them to try the door from the outside but still no luck. So we asked them to grab the screwdrivers from the locker so we could start dismantling the lock.

George started to dismantle the lock, he got the screws out but the two red handles for the locks were proving impossible to remove so we could see inside. Panic and annoyance were starting to set in. We took turns in trying to get these two small red handles off without risking further damage to the lock. Eventually, after about half an hour we get them off and could finally see inside the lock.

The lock has broken, the metal bar that connects to the handle has snapped at a weak spot. Although the back of the lock is off and we can see what has happened we are still stuck. The broken bit of metal that is wedged half in the door and half in the striker plate is hidden inside a reinforced lock mechanism! Realising we might be here a while we order a takeaway, at least it can be passed through the window!

Learning to dismantle your new RV

We start trying to take the trim of the door frame off, hoping we can gain access to the stuck piece of metal. The door trim goes around the entire door and behind pieces of carpet and proves almost as difficult to remove as the lock! We open a gap and can see the broken striker, but a screwdriver can’t get in there to shove it clear of the striker plate. I grab a metal skewer and try and shape it into a hook to push the metal out of the frame, but it’s too weak. We need something that shape but stronger; I suggest Allen keys, but we don’t have any in the RV and George’s mum, the only person at the house right now, can’t go rummaging in toolboxes as she has a broken shoulder!

The only option is that I should climb out of the passenger window, however, I will require a step ladder as its a long way down.

The long way down

George’s mum manages to bring a step ladder to the RV and set it up by the window – one-handed. I get a leg and half my body out of the window, and realise that even with the 5 step ladder she has brought me that I can only just reach the top step on tiptoes! I have to just hope that once my full weight is falling out the window I will be able to balance on the top of the ladder and not fall. Just as I reach the top step, my other foot grazes the window ledge – the ladder wobbles but somehow I hang on for dear life and save myself and the ladder.

I find the Allen keys and pass them through the window to George. Just as our curry arrives, pop, the door to the RV opens, George and Olivia are also now free. It only an hour and a half to beat the Trimark Escape Room.

It really was not funny at the time but we do look back at this with laughter now. We also found out that this is a well-known failure on our particular Trimark lock, and we were just lucky to be able to access the inside of the lock.

We had to spend a few nights and days with a makeshift handle and lock that just about secured the RV.

George was able to buy and fit an RV Lock that he had mentioned to me he liked a few weeks before we got the RV. It has an access code so you don’t always need to take the keys. It also has backup keys and a remote fob making it much easier to use.

We have also learnt to make sure we have some tools, such as screwdrivers in the RV at all times!

Our New/Old RV – Weren’t we getting a Fifth Wheel?