Deflated, Demotivated, Stuck in Limbo with a Not So Perfect Day Trip to France Thrown in for Good Measure 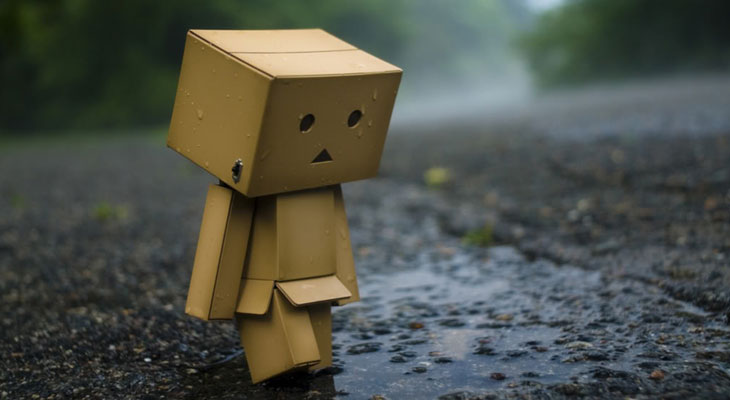 Well we are still in our house and not going anywhere fast!

The sale of our house is not moving anywhere as fast as we expected. May, when we accepted the offer, the buyer had an offer on their property and we all wanted to progress quickly. We pressured our solicitors to get all our paperwork done, chased the buyer’s solicitors for enquiries, and with their survey completed we were hopeful to complete at the end of July. We were informed of a few hold ups the buyer’s end but were still looking at a completion date of 3rd August.

We have discussed the idea of putting the house back on the market, but the thought of having to start from scratch with viewings, makes me just want to cry.  If a completion date is not in place in a couple of weeks we will have to go down that route, but for now, I am hoping it will not be too much longer.

What does that mean for our first trip? Will we make Norway by October?

We do not know!

We can’t buy our fifth wheel or the pickup until we have completed on the house. These purchases may take a few weeks and then the pickup requires upgrades and the fifth wheel needs modifications (like building a day bed for Olivia) which will again take time. We had intended on travelling around the UK for a month before we left the country to get a feel for the truck and van, to ensure we had all the things we needed and we were truly ready. We need to learn how everything works, how to live in a smaller space, and how to drive this enormous vehicle down normal roads. We don’t want to rush off prematurely and unprepared to Norway, where the weather will be turning and have our first outing in the fifth wheel in the toughest conditions possible, snow!

We are starting to consider that we might need to re-think our first adventure, maybe postpone Norway till next year! We could still travel to see friends in the UK, but then maybe just go to Netherlands, Germany and Denmark November/December for the Christmas markets and back to the UK for Christmas with family as planned. Then kick off our adventure properly next year.

For George’s birthday, we decided to take a day trip to France. We booked the Eurotunnel and tickets to Nausicaa for Wednesday 9th August. It was an early start, leaving the house just before 5 am. We carried Olivia to the car in her PJs and blanket in hope that she would sleep but of course, she was too excited. We arrived at the Eurotunnel in good time, got through Passport control with no hold ups.  Had a little time till boarding so we got Olivia dressed and grabbed a coffee. Boarding was quick, we left on time and arrived in France on time with no issues. Olivia slept briefly on the train and a little into our drive to Nausicaa.

We drove straight to Nausicaa, Olivia played in the lovely little park outside until it opened.  I know Nausicaa is meant to be the biggest aquarium in Europe but I was not prepared for quite how large it was.  We walked around the amazing aquarium for around 5 hours, Olivia started getting tired by 2pm so although we had managed to only see about half of the exhibits, we decided it would be a good opportunity to take a drive and have a change of location. Exploring, learning and interacting with the animals at the aquarium was fantastic and the exhibits were just spectacular, we highly recommend it and will be heading back there again soon.

We decided that we would venture to Lille which was about an hour and a half away, as we had heard good things about the city, with its beautiful architecture and great restaurants.  With a quick google search, I had found out that in the park there was a small funfair too so off we went.

During the drive, as predicted Olivia fell asleep and had a much-needed hours’ nap.  We took advantage of this, as we drove we talked about driving in France with the van, assessed the roads and checked out some aires and a municipal campsite.  The campsite would be a no go for us as to enter the site you must go under a low bridge and there is no way the fifth wheel will fit. We looked at a few Aires and Olivia and I used the facilities at one of them and to say I was shocked and disgusted was an understatement. A urinal for the men attached to a wall with no door and basically a hole in the floor for the ladies/disabled and the smell was suffocating!

The architecture of the old buildings in Lille was stunning. Unfortunately, when we got to the park the fun fair was shut as it had been taken over and was being done up. This was a huge disappointment to Olivia and did not put her in the best of moods.  We had a quick look around some of the park and the canal and decided as it was 5pm we would just find a nice restaurant to go and have a good meal. Slight issue, we had forgotten a lot of France shuts for the afternoon and does not re-open until 7pm! This would not be an issue if we had been in France for a while as we would have remembered the afternoon closing and would not be on a timetable. Plus, we intend on doing a lot of cooking to save money. On this occasion, it was an issue as we needed to be back at the Eurotunnel around 8:30 pm. This left us with little choice for food, we found a few places were open with tables outside, but Olivia couldn’t deal with the smell of everyone smoking and not many of these were serving food, just drinks. We eventually found a place selling chips so grab a portion, a few drinks and headed off to the car.

We arrived at the Eurotunnel 2 hours before our departure but we were lucky and managed to gain a space on the earlier train. We joined the queue for passport control, only two lanes were open and every car was being checked by an officer waving a wand over the steering wheel and edge of the driver’s window. Once passed the vehicle check we had the French and British Passport control to complete before parking and getting some food. There was not a huge choice of food, Olivia and George queued for Burger King and I grab pie and mash from a little counter which was empty.  We had 28 mins until boarding according to the boards, I sat and ate my pie while George and Olivia queued. 5 mins later the board said 17 mins until boarding, George had just made the front of the queue I thought it will be tight but they may just get to eat. Then 2 mins later it said to proceed to board, that was the fastest 28 minutes ever. I managed to finish my pie, George was still waiting for food so as soon as it was handed over we rushed off to the car and drove to the boarding queue where we sat for 10 mins before the gates were open for us to board.  Here we were told departure was now delayed by 8 minutes. We boarded the train, opened the windows and turned off the car as instructed. Safety announcements were given over the speaker system and then we sat and sat, 15 minutes after our delayed departure time a message came over the speaker to say there was a broken-down train and we were being held in the station. We waited on the hot train for almost an hour before we finally departed. Thank goodness, we had the iPad with movies on it for Olivia and managed to eat some food before boarding.  We eventually got home at 10:30 pm.

It was a mostly good day, stressful at times but reminded us that trying to do too much in one day is never a good idea and that having a proper plan in place is essentially. It also reminded us that there will be bad/difficult times but as along as we breathe and try to stay calm we will be fine.

Once we are on the road, days we are sightseeing we plan on having planned trips out, which will mostly be in the mornings, with relax time in the afternoons and that we don’t plan on trying to fit too much into each day. We also plan on having downtime days, to relaxing and play.

All of this has really left us feeling deflated and demotivated.  We know there is more planning, research and packing to do but we just cant really be bothered as it just does not feel like we are getting anywhere or that we will ever start our adventure.

We are trying to enjoy the summer here at home, trying to stay positive and happy, with outings and fun, spending as much time with friends and family before we leave, but it is hard at times as its always at the back of our minds.

We will get somewhere, someday, somehow!


Fun in the snow today.

Been enjoying a warmer day here in Kent. Although

First snowdrops we have seen in Kent #winterwatchl

Loving the new look of our RV kitchen. We decided

Today we moved on to Merlimont to spend the night

Had a lovely autumnal walk around Val Ygot, the V1

We headed off about 9:30am yesterday and made it t